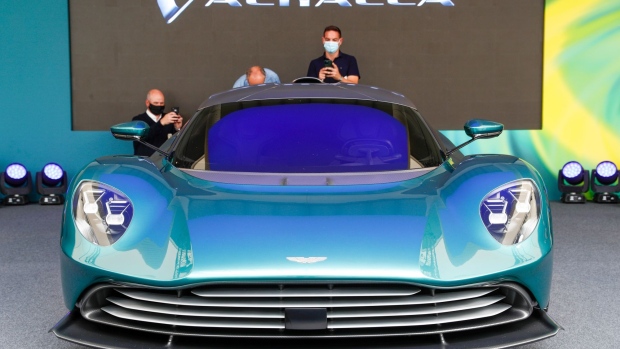 (Bloomberg) -- Bets on luxury carmaker Aston Martin Lagonda and Swiss bakery firm Aryzta AG helped Ironshield Capital Management reach a 30% return on its opportunistic credit strategy in 2021, according to a person familiar with the matter.

Ironshield’s fund 2021 performance beat the Bloomberg Special Situations Hedge Fund Index, which shows returns of 13.75%. It also compares to an average of 10% for the same strategy since the launch of the firm in 2007, said the person, who asked not to be named because they aren’t authorized to speak about it.

Ironshield benefited from the success of Aston Martin’s new DBX SUV model, which accounted for almost half of the British carmaker’s deliveries in 2021. Aryzta also improved performance after restructuring its business.

Nazar declined to comment on specific investments, but said oil & gas, auto parts suppliers and retail are some of the industries that provided a good Covid-recovery return. He also expects inflation, supply-chain issues and higher interest rates to create opportunities in 2022 and beyond.