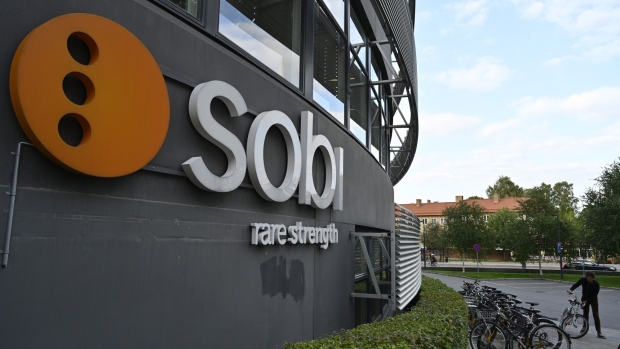 (Bloomberg) -- AstraZeneca Plc effectively blocked a $7.6 billion takeover of Swedish Orphan Biovitrum AB by withholding its 8% stake in the drugmaker from a buyout offer by Advent International and Singapore wealth fund GIC, according to people familiar with the situation.

The U.K. drugmaker’s opposition meant the offer fell short of the 90% threshold needed for approval, torpedoing what would have been the largest take-private deal in European healthcare sector this year. Sobi lost a quarter of its value.

Astra objected to the deal because it was seeking to buy certain assets from the Swedish company, said the people, who requested not to be identified because the information was private.

A deal was seen as likely after Investor AB, Sobi’s top shareholder with a 35% stake, agreed to tender their stake in the transaction. However, Advent and GIC, working with six investment banks, including JPMorgan Chase & Co. and Barclays Plc, and two leading law firms, seems to have underestimated the potential opposition from AstraZeneca.

The drugmaker obtained a stake of about 8% in 2019 as part of an alliance in which Sobi bought the rights to sell an AstraZeneca therapy for lower respiratory tract infections in the U.S. Private-equity ownership of Sobi would have raised the risk that Sobi would eventually be sold and those rights would get in the hands of a rival of AstraZeneca.

Therapies for rare diseases have lured drugmakers including Sanofi, Takeda Pharmaceutical Co. and Roche in recent years because they can charge more for unique life-saving drugs than for routine medicines.

The bid was conditional on getting 90% of Sobi’s shares and shareholders only tendered 87%. Shareholders would have received 235 kronor in cash for each share. The stock traded at 174.30 kronor as of 10:05 a.m. in Stockholm.

AstraZeneca may be interested in a number of Sobi’s drugs, though after its $39 billion purchase of Alexion Pharmaceuticals, it probably has too much debt to make such an acquisition soon, wrote Mattias Haggblom, an analyst at Handelsbanken. The company could possibly make an approach in two years’ time, he said.

Sobi Chairman Sven Hakan Bjorkland told Dagens Industri the company is disappointed the deal didn’t go through, “but it is the shareholders who decide this, there is not much more to say about it.”

Haggblom said there will be pressure for Bjorkland to resign, and the company may also need to name a new chief executive officer.

“We and GIC together would have been strong partners to Sobi,” Advent Managing Director Tom Allen said, adding that the firm regrets that the deal isn’t being completed.

Private equity companies have been making acquisitions in the health-care sector, which is seen as a safe haven amid the pandemic. A consortium of private equity firms, including Blackstone Inc. and Carlyle Group Inc., agreed to buy medical-supply company Medline Industries Inc. in June for $30 billion in one of the biggest leveraged buyouts of all time.