Expecting AstraZeneca to fast track to phase 3 within next few weeks: Bioanalyst

AstraZeneca Plc fell from a record high in New York trading after data for the company’s COVID-19 vaccine candidate, though promising, fueled concerns about whether it can match competitors.

Bernstein analysts led by Ronny Gal said the vaccine, developed in partnership with the University of Oxford, showed early positive data, but the benefits didn’t appear to match the bar set by programs from Pfizer Inc. and BioNtech SE, as well as Moderna Inc.

“In the competitive context they fail to impress,” Gal wrote.

Exacerbating concerns, the Lancet medical journal publication came just an hour after Pfizer and BioNtech had announced early positive data from their COVID-19 vaccine trial in Germany, which builds upon promising results from their program earlier this month.

U.S. listed shares of AstraZeneca fell as much as 5.7 per cent -- the biggest intraday decline since March -- bringing the stock’s year-to-date gain to 19 per cent. Moderna, which is among biotech’s hottest stocks, was also down as much as 18 per cent as JPMorgan downgraded its rating to the equivalent of a hold. 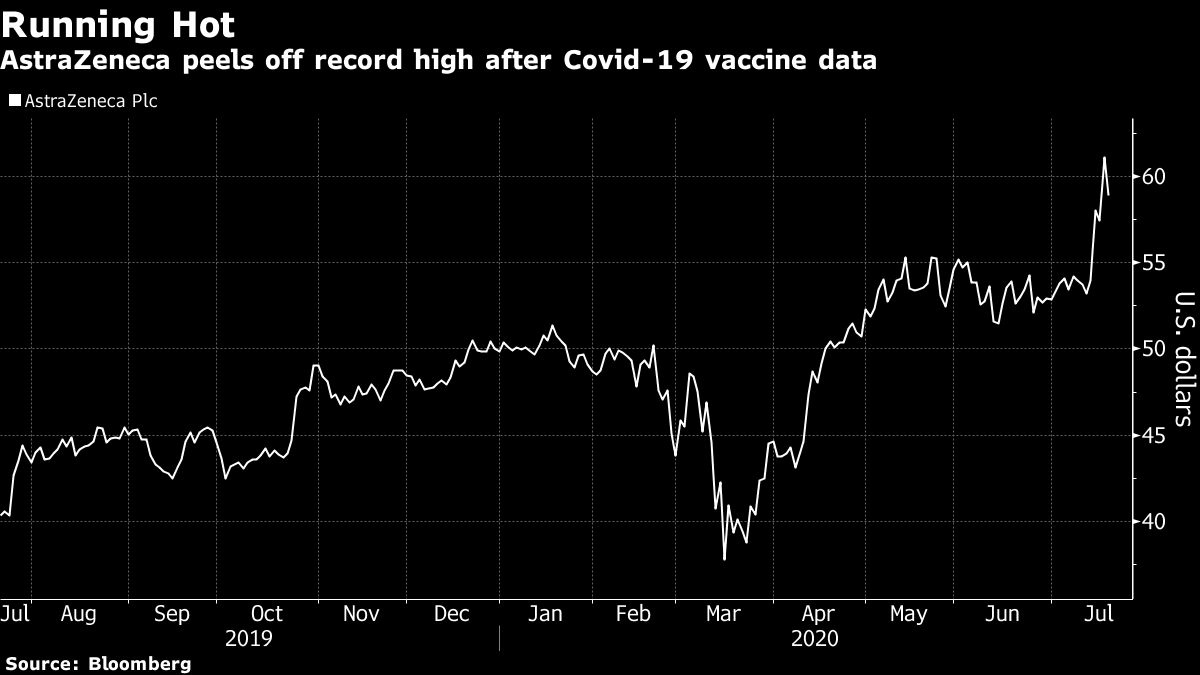 Here’s what else analysts are saying:

AstraZeneca results were positive as “virtually all vaccine recipients developed IgGs binding, and neutralizing the spike protein and cellular response was met as well. The data thus supports ongoing development.”

“Even the prime boost group was at most even with convalescent patients,” he said. However, “each company used different convalescent group, so direct comparison is not possible.”

Data published in the Lancet medical journal “confirm broad immune responses and acceptable safety, in our view. Notably, neutralising antibody titers are similar-below other COVID-19 vaccines, boosted by a possible 2-dose regimen, and importantly, all subjects had marked increases in effector T-cells, which may bode well for durability.”

Says vaccine data from Astra and CanSino Biologics’ adenovirus vaccine programs that were published in The Lancet show a “cleaner adverse event profile than existing” vaccine candidates from Moderna as well as BioNtech and Pfizer.

“All in all, we believe the existing clinical data from these adenovirus COVID vaccine trials provide a much higher safety bar for new COVID-19 vaccine entrants than that required by the mRNA-1273 data set so far.”