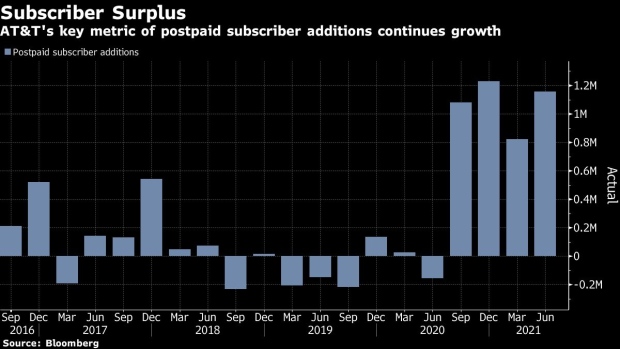 (Bloomberg) -- AT&T Inc. exceeded Wall Street profit estimates while adding wireless customers and continuing growth in subscribers to its HBO Max video service, relieving concerns about the costs for new entertainment productions and the expansion of its 5G network.