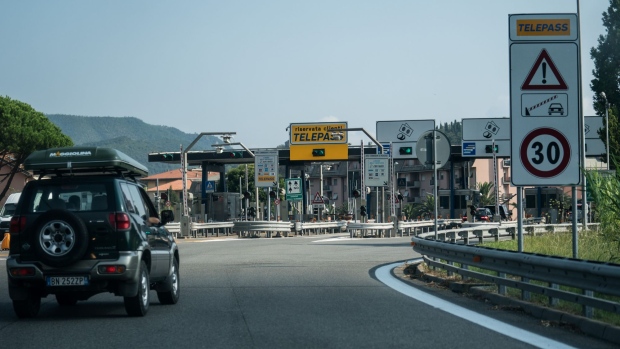 Atlantia SpA closed a deal with Partners Group Holding AG to sell a minority stake in its Telepass electronic toll-payment unit, in an agreement designed to build a pan-European alliance that will handle digital payments, according to people familiar with the matter.

Atlantia sold 49% of Telepass for 1.06 billion euros ($1.24 billion), the people said, asking not to be named because the closing of the deal hasn’t been made public. A spokesman for Atlantia declined to comment. Partners Group didn’t immediately respond to requests for comment outside of normal business hours.

The company forecast revenue declining by about 1 billion euros this year.