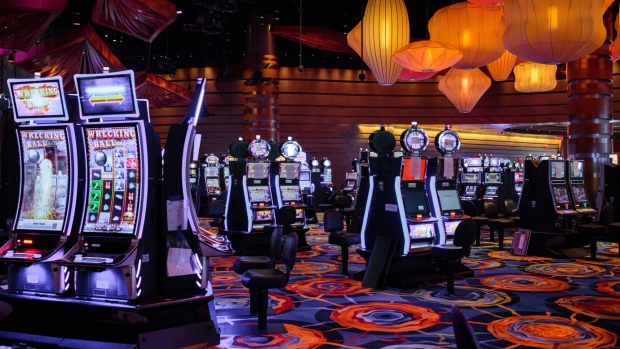 (Bloomberg) -- Thousands of workers at Atlantic City, New Jersey, casinos are signing up for strike pay amid a threat to leave their jobs on a long holiday weekend. Walkouts could cost the oceanside resorts a collective $2.6 million per day, their union says.

The job action involves five of the gambling destination’s nine properties: Caesars, Harrah’s Resort, Tropicana, Borgata Hotel Casino & Spa and Hard Rock. The contract negotiations and strike deadline is July 1 for all but Hard Rock, set for July 3, amid the Independence Day holiday.

More than 6,000 people work at those properties in roles including housekeepers, bartenders, cooks, cocktail servers and hotel valets, according to Local 54 of Unite Here, the union representing them. The workers, who are seeking higher pay amid short staffing and resurgent gambling, are signing up today for pay and benefits from the union strike fund, according to spokeswoman Bethany Holmes.

“No progress” on negotiations, Holmes said in a text message. The Casino Association of New Jersey, which represents the resorts, didn’t immediately respond to a request for comment.

The resorts “are feeling a renewed sense of energy and excitement return to Atlantic City,” Joe Lupo, president of the casino association, said in a statement on Monday. “We can’t wait to welcome new and returning guests to enjoy our world-class entertainment options and experience firsthand all that our beachfront destination has to offer this Fourth of July weekend.”

Contracts expired May 31. Among the demands are a 38% rise in minimum wage, to $18 per hour, and increased housekeeping hires for daily hotel room tidying. Some room attendants have reported physical pain as a result of doing heavier cleanings amid short staffing.

A strike could force losses of $2.6 million a day collectively, according to a union study.

Atlantic City, once the second-biggest US gambling market behind Las Vegas, slipped in recent years as new casinos lured day-trippers to New York and Pennsylvania. Then, the pandemic caused a 108-day shutdown. But New Jersey gambling has started to rebound, with April 2022 in-person revenue surpassing that in April 2019, prior to the pandemic.