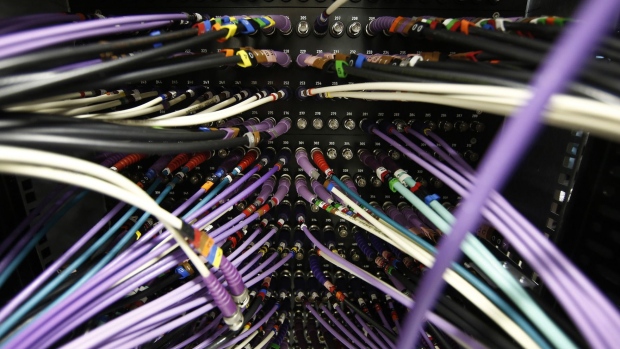 (Bloomberg) -- Atos SE is exploring a sale of legacy information technology businesses, including some outsourcing operations, as it focuses on higher-growth areas, people with knowledge of the matter said.

The French company is studying a divestment of some lower-margin IT units as it seeks to address a slide in its stock price, the people said, asking not to be identified because the information is private. Atos has said it will announce the results of a strategic review of non-core assets this week.

Atos has also been considering a management reshuffle that would see some executives depart, two of the people said. The company needs to “clearly and forcefully articulate the near-term steps it’s taking to reverse the disastrous start to 2021,” Bloomberg Intelligence analyst Tamlin Bason wrote in a research note earlier this month.

“Color on the company’s plan to increase exposure to digital services, and decrease its reliance on legacy services facing secular pressures, will be critical to regaining investor confidence,” Bason said.

Shares of Atos rose as much as 3% in Paris trading Tuesday. The stock remains down 45% this year, giving the company a market value of about 4.5 billion euros ($5.4 billion). Atos has been moving away from commoditized businesses such as outsourcing and pushing into new areas including big data and cybersecurity.

While exploring steps to turn around the company, Atos has discussed a range of options from selling non-core assets to a breakup of the company or selling stock to a new investor, the people said. Deliberations are ongoing, and there’s no certainty they will result in a transaction, according to the people.

The French company earlier this month lowered its full-year revenue growth forecast and operating margin targets, citing a decline in its legacy infrastructure business. One day last week, Atos shares closed at their lowest level since 2014.

Atos abandoned a plan to acquire U.S. rival DXC Technology Co. in February after investors and the target shunned the transformational deal that would have created an IT giant.