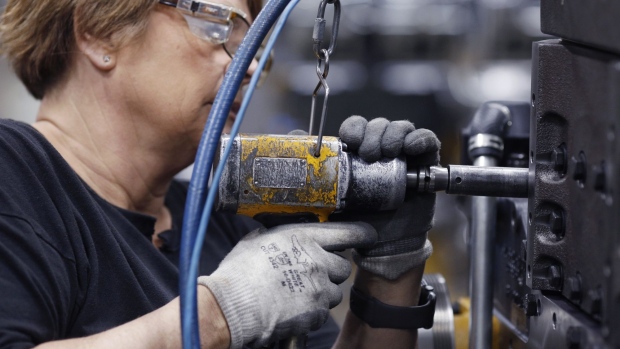 A factory worker uses a power drill to assemble components on a diesel engine at the Cummins Inc. Seymour Engine Plant in Seymour, Indiana, U.S., on Tuesday, Jan. 29, 2019. , Bloomberg

CAMBRIDGE, Ont. -- ATS Automation Tooling Systems Inc. reported a profit of $4.1 million in its latest quarter as its revenue grew 14 per cent compared with a year earlier.

Excluding revenue from acquisitions, third-quarter revenue at ATS was up five per cent compared with a year ago.

Analysts on average had expected a adjusted profit of 22 cents per share for the quarter, according to financial markets.