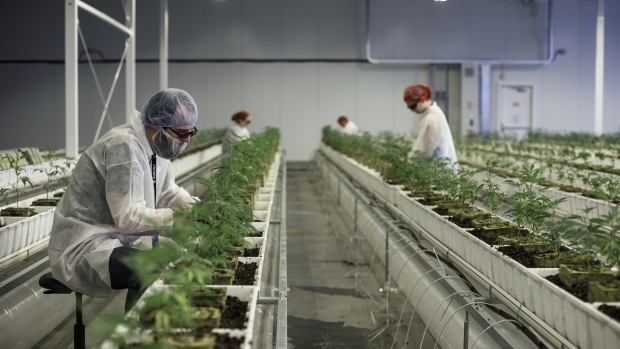 Aurora Cannabis Inc., the Canadian marijuana grower trying to complete the industry’s largest takeover, agreed to acquire yet another company as it races to expand its scale and reach ahead of legalization.

Anandia Laboratories Inc. is set to be bought by Aurora for about $115 million in an all-stock transaction, the companies said Tuesday in a statement. Closely held Anandia holds exclusive rights to some cannabis genetics, offers third-party testing, carries out plant breeding and operates an R&D laboratory in Vancouver and is building a separate lab and greenhouse complex in Comox, British Columbia.

Aurora (ACB.TO) has set a dizzying pace for deal-making in Canada’s emerging cannabis industry. Besides the Anandia deal, it has announced at least 14 other acquisitions in the past two years, according to data compiled by Bloomberg. That includes last month’s agreement for Aurora to purchase rival grower MedReleaf Corp. for about $3.22 billion.

“The strength of Anandia’s expert staff, proprietary assets and know-how will provide Aurora with a very significant advantage in developing new cannabis cultivars,” Aurora and Anandia said in their statement.