The chorus of voices warning of risks to Aurora Cannabis Inc.’s balance sheet is growing louder.

With a $360-million loan coming due in August 2021, at least three analysts have cautioned that the pot company may be unable to meet the covenants on that debt.

“With balance sheet risks to remain a core investment thesis in 2020 in our view, and lingering uncertainty especially on financial covenants, we struggle to envision a scenario where shares have sustainable support,” Bank of America analyst Christopher Carey said in a note published Friday.

He downgraded Aurora to underperform from neutral and cut his 12-month price target to $1.50 from $4. Ultimately, Carey expects Aurora will be able to restructure the covenants, “a big step in helping investor confidence.”

Aurora didn’t immediately respond to a request for comment. Shares fell as much as 10.7 per cent in Toronto Friday, and are down 83 per cent from their high in March amid a broader slump in pot stocks.

Piper Sandler analyst Michael Lavery also downgraded Aurora to underweight from neutral on Friday and cut his price target to US$1 from US$3, citing “notable risk” from its balance sheet position.

Lavery pointed to a loan covenant that requires Aurora to keep its debt-to-Ebitda ratio below 4x after Sept. 30 of this year, and said he doesn’t expect it to reach that level until the second half of calendar 2022. He also cautioned that Aurora is likely to generate negative cash from operations until the fiscal third quarter of 2021.

“We project a $200 million cash deficit in the interim, which may prove difficult to finance in this capital environment,” Lavery said.

Earlier this week, Scott Willis at Toronto-based research firm Grizzle said Aurora could be headed for “technical default” if it fails to meet its covenants. He expects Aurora to write down more than $2 billion of goodwill and intangible assets, sending its equity value below the minimum required in the debt covenants.

Aurora does have a US$400-million at-the-market equity distribution program that it can tap, but that would further dilute shareholders who already saw the value of their shares reduced by about six per cent when the company restructured its convertible debentures in November.

Last month, Aurora said Chief Corporate Officer Cam Battley had stepped down. It’s also deferred construction at two facilities in Denmark and Alberta, which is expected to save approximately $200 million of cash in the near term. 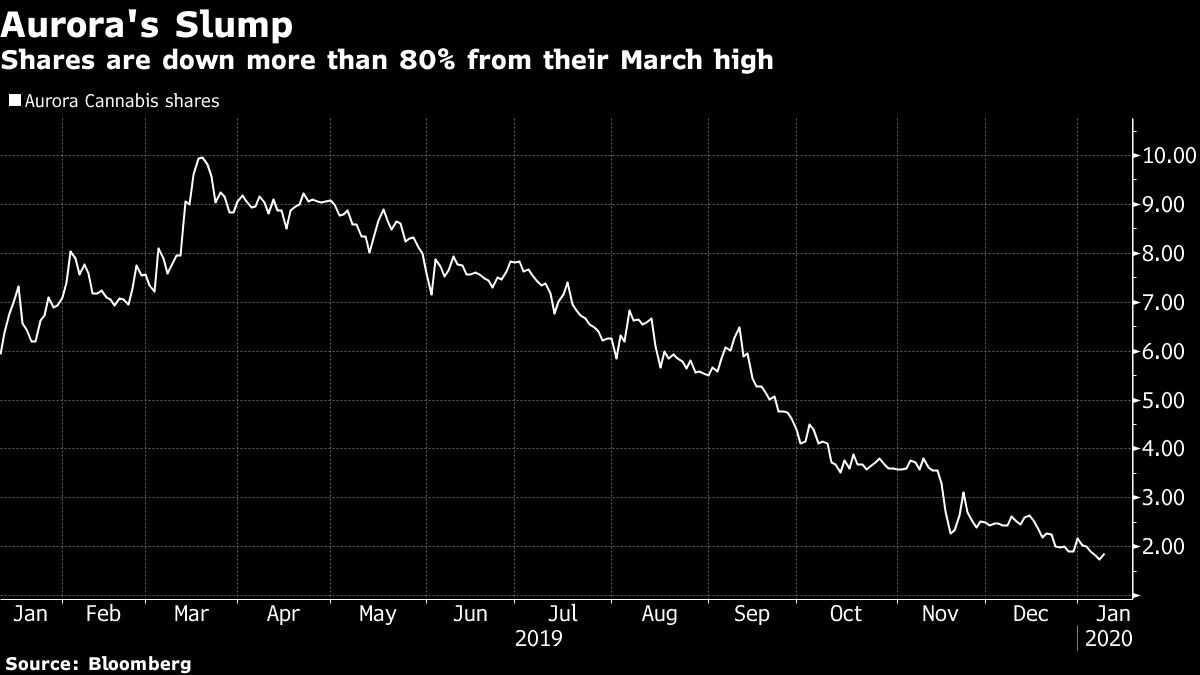 --With assistance from Allison McNeely.