Aurora Cannabis Inc. appears to have listed its greenhouse in Exeter, Ont. for sale for $17 million, a move that one analyst said “implies massive writedowns” are coming.

A listing on Cushman & Wakefield’s website advertises a 22-acre greenhouse with a 15,000-square-foot propagation area on Exeter’s Airport Line, the same location as a greenhouse Aurora obtained as part of its $3.2 billion acquisition of MedReleaf Corp. in 2018.

“This listing, for 75 [per cent] of former MedReleaf’s capacity, signals major writedowns ahead,” MKM Partners analyst Bill Kirk said in a note published Monday. “We are also discouraged with the visibility of Aurora’s strategy — investors were unaware Aurora was trying to sell Exeter,” despite a corporate update on Dec. 23. That same day, Aurora said Chief Corporate Officer Cam Battley would depart.

Aurora didn’t immediately respond to a request for comment.

Kirk said he expects $2 billion worth of writedowns. Aurora’s market value was $2.8 billion at Friday’s close and the company had C$3.9 billion of goodwill and intangibles on its balance sheet. “We believe more divestitures are likely, as Aurora has a major cash problem, and this listing only covers about two weeks of cash burn,” he added.

“As far as we can tell, the facility was never licensed, and no product was ever sold from Exeter,” said Kirk, who rates Aurora a sell with a $2 price target. 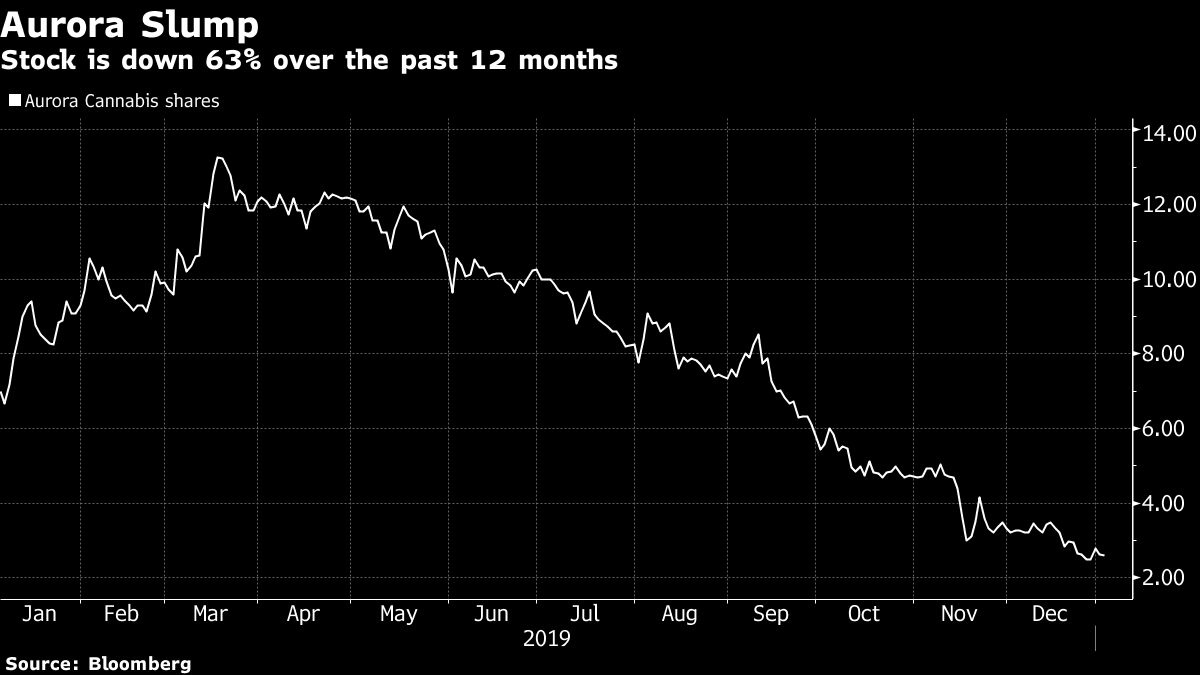