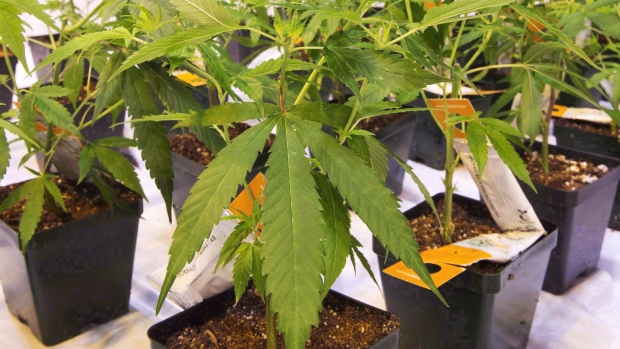 Aurora Cannabis Inc. handed out millions in compensation and salary increases to executives as the company was laying off more than 1,000 workers and reporting billions in losses.

The Edmonton-based cannabis company's management proxy circular released this week ahead of the company's annual meeting in November shows all six of its named executive officers -- a company's most highly compensated and prominent workers -- took home larger salaries or saw a spike in share- or option-based awards and other incentive plans.

For some, the increases for the fiscal year ended June 30 doubled the value of the compensation they received the year prior and tripled what they received a few years ago.

The increases were given as Aurora fell on hard times. The company said this month that it incurred $3.3 billion in losses in its 2020 fiscal year, including $1.86 billion in its latest quarter due to large impairment charges.

It also conducted several rounds of layoffs this year and closed a handful of its facilities as it restructure.

Aurora did not immediately respond to a request for comment about why increases were granted amid turmoil at the company.

Its proxy circular showed former chief executive Terry Booth was rewarded with about $4.8 million in compensation in the company's latest fiscal year, up from roughly $2.4 million in the year prior and $1.5 million in 2018.

The bulk of that money -- $2.1 million -- was categorized under the heading "all other compensation" and did not include his roughly $458,000 salary, about $577,500 in share-based awards and more than $1.3 million in option-based awards.

The company agreed in 2018 to give Booth 24 months of his base salary and cash bonus, and any and all unvested equity options in the event that he was terminated without cause or resigned for a "good reason" including after a change of control at Aurora.

Booth, who co-founded the company, stepped down in February at the same time as Aurora announced it was eliminating the positions of 500 staff and taking $800 million in goodwill writedowns.

Michael Singer, the company's current executive chairman, succeeded Booth as interim chief executive, earning him about $2.8 million during the most recent fiscal year.

That was up from his previous $2.1 million and included a salary bump to reflect the increase in responsibilities he took on as interim chief executive

Miguel Martin took over as chief executive in September and did not qualify as an NEO in the company's latest fiscal year.

The company's proxy circular says its compensation program is built around motivating and retaining talent and aims to incorporate a balance of short- and long-term rewards and align executives financial interests with shareholders.

It says Aurora does not use "outsized or otherwise inappropriately designed" incentive programs, which encourage excessive risk taking, or outsized severance or termination benefits.