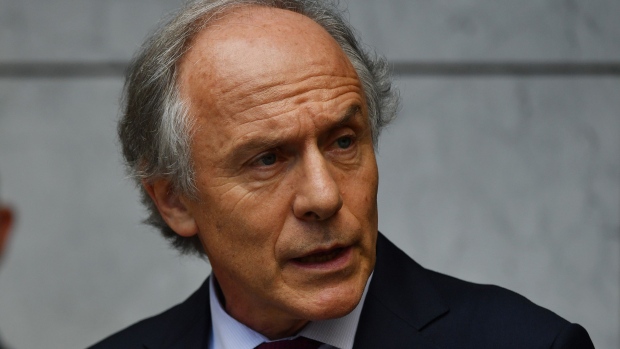 (Bloomberg) -- Natural gas will help accelerate Australia’s transition to cleaner energy, according to one of the nation’s top scientists.

As the country moves with increasing urgency to phase out its reliance on polluting coal-fired power plants and pivot toward solar and wind, natural gas will need to act as a stopgap to ensure reliable supply, Alan Finkel, the government’s special adviser on low emissions technology, said Monday in an interview with Bloomberg TV. Energy generated from coal is “too slow to respond” and won’t be able to support the kinds of green technology that will turbocharge the transition, he said.

“There is a pursuit of perfection to say get out of fossil fuels completely, and eventually we will,” Finkel said. “But for the next 10, 15, 20 years, being able to call on natural gas to firm up the solar and wind electricity in a country like Australia will enable us to develop and deploy solar and wind at enormous scale -- more quickly than if we cannot call on natural gas.”

Relying more on gas as coal power declines would likely require new investment in everything from drilling to power plants, which would go against International Energy Agency recommendations made last year that there should be no further investments in fossil fuels to tackle the climate crisis. Finkel and IEA Executive Director  Fatih Birol will meet along with other global energy officials in Sydney for a two-day forum on Tuesday.

Australia is among the world’s top adopters of rooftop solar and has ambitious plans to eventually export clean hydrogen to markets in Asia. The nation’s transition away from coal will be an inevitability but it can only occur once investment into solar, wind, batteries and transmission lines reaches sufficient levels, Finkel said. In the meantime, natural gas can ramp up very quickly and would only be needed for short bouts, he said.

“Just run it as long as you need it, then switch it off again very quickly,” Finkel said. “It’s a very small number of hours per year that we will call on the gas generators. I don’t think everybody appreciates that.”