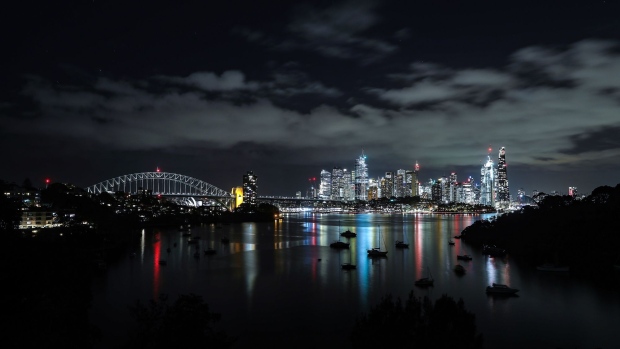 Buildings at night in Sydney. , Bloomberg

(Bloomberg) -- Australia’s top intelligence agency reduced the threat level for a domestic terrorist attack to “possible” from “probable,” as it sharpens its focus on interference by foreign governments.

The first change in the level since 2014 -- which then came amid concerns about the Islamic State -- was announced Monday by Australian Security Intelligence Organization Director-General Mike Burgess. He told reporters the threat from “religiously motivated violent extremists” had been reduced and Australia’s intelligence capabilities had improved.

Burgess said there was still a threat from “ideologically motivated violent extremism, particularly nationalist and racist violent extremism,” adding “while we remain concerned about these groups, we must distinguish between ugly actions, big talk and actual terrorism.”

Australia introduced legislation to crack down on foreign interference in its politics in December 2017, including banning foreign political donations, in a series of moves the Chinese government saw as targeted at Beijing.

The legislation sparked diplomatic tensions between Australia and China that eventually resulted in tariffs imposed by Beijing on a range of Australian exports including wine, barley and coal.