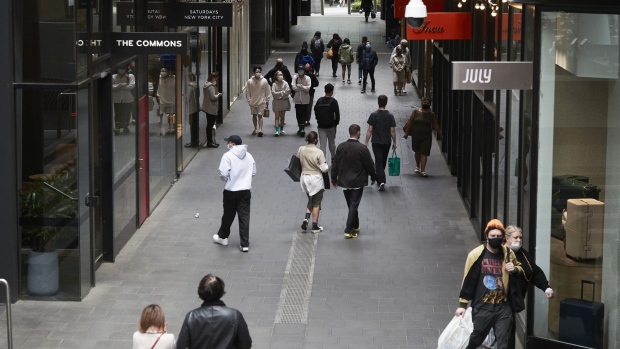 The annual trimmed mean gauge, a measure closely watched by RBA officials, advanced 2.6% in the final three months of 2021, exceeding economists’ estimates for a 2.3% gain, Australian Bureau of Statistics data showed Tuesday. On a quarterly basis, it rose 1% versus a forecast 0.7% gain.

The Australian dollar climbed to 71.66 U.S. cents at 11:35 a.m. in Sydney. Traders are now seeing a quarter percentage point rate increase by May.

Accelerating core inflation suggests Australia is beginning to see similar price pressures to those that have driven the U.K. and New Zealand to begin raising interest rates and forced the Federal Reserve to bring forward its rate liftoff. A combination of supply chain disruptions and energy shortfalls are prompting earlier than expected tightening offshore.

Australia had been on the periphery of the global inflation story, allowing its central bank to remain dovish. That position could now start changing with the RBA board holding its first meeting of the year on Feb. 1.

Australia’s headline consumer price index advanced 3.5% in the fourth quarter from a year earlier, compared with economists’ estimates of a 3.2% gain, today’s data showed. On a quarterly basis, prices increased 1.3%, compared with 1% forecasts.