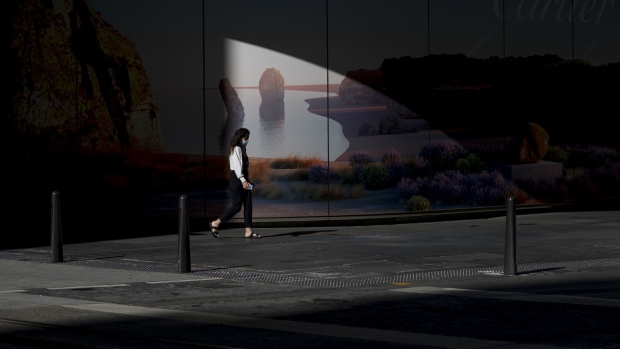 A pedestrian walks along a street in Sydney, on Dec. 29, 2021. Photographer: Brent Lewin/Bloomberg , Bloomberg

(Bloomberg) -- One of the world’s final Covid-Zero holdouts has delayed its February 5 reopening to the rest of Australia and the world on concerns an omicron wave would cause “a flood of disease.”

Western Australia will make a decision on any further easing in the near future once the country’s east coast has reached the peak of infection and there’s a better understanding of the true impact of omicron, Premier Mark McGowan said in a statement late Thursday. A review of the border controls will be considered over the course of next month.

“Allowing a wave of omicron cases to fly straight into Perth from February 5, with no testing, no quarantine and no public health measures would cause a flood of disease across our state,” McGowan said, referring to the state capital.

The decision to stay closed comes as New South Wales and Victoria, Australia’s most populous states, find increasing omicron infections. Government officials have said the Covid-19 wave in Australia could peak and start to ease as soon as late January or early February.

While the rest of Australia has gradually opened over the past few months, McGowan has resisted the pressure to do so and residents in the state have lived mostly without masks although they have been cut off from the rest of the world.

Western Australia said the border delay was an opportunity for residents to take the third dose of Covid-19 vaccine before the virus takes root. There were still some changes to the hard border ruling with the state government making it easier for families separated by the pandemic to reunite.