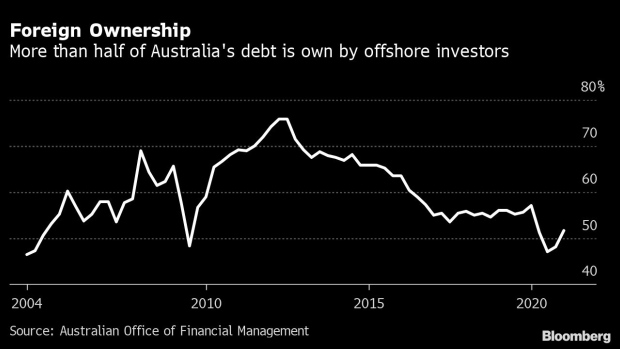 (Bloomberg) -- Australia faces economic repercussions should the rest of the world fail to see the country committing to net-zero greenhouse gas emissions, according to Treasurer Josh Frydenberg.

The nation, one of the world’s biggest fossil-fuel exporters and per-capita emitters, has faced increasing pressure from some of its closest allies to strengthen its emissions-reduction targets. Prime Minister Scott Morrison has refused to commit to a net-zero goal, instead calling zero emissions by 2050 an “ambition.”

That position may become untenable, Frydenberg will signal in a speech to be delivered on Friday, pointing out that 129 other nations have already committed to the target.

“We cannot run the risk that markets falsely assume we are not transitioning in line with the rest of the world,” Frydenberg will say, according to a copy of the speech. “Were we to find ourselves in that position, it would increase the cost of capital and reduce its availability, be it debt or equity.”

Morrison is in the U.S. for security-focused meetings with President Joe Biden and other global leaders. In a pre-recorded video presentation set to be delivered to the United Nations General Assembly on Friday, he’s not expected to commit to a hard net-zero target, but instead outline what he sees as Australia’s achievements in reducing emissions.

While every Australian state and territory has already committed to net-zero emissions by 2050, a national target is politically complicated for Morrison, who must hold elections by May and trails the main Labor opposition in opinion polls. Some lawmakers within the junior partner in his ruling coalition, the rural-based Nationals, support the coal industry and have signaled they won’t support a pledge to eradicate emissions.