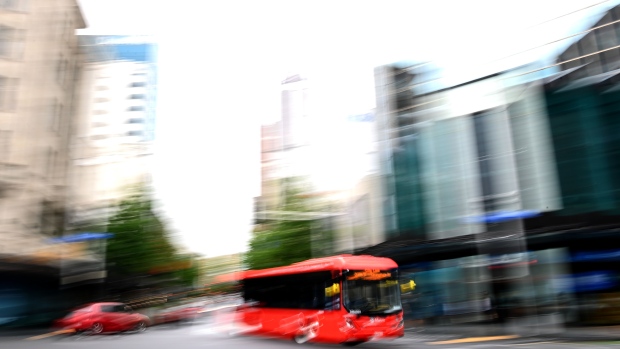 (Bloomberg) -- Australia’s Next Capital is exploring a sale of New Zealand’s largest public urban bus transport business, according to people familiar with the matter.

The private equity firm is working with financial advisers to sound out potential bidders for NZ Bus, the people said, asking not to be identified as the process is private. The asset is expected to generate over NZ$40 million ($27 million) in earnings before interest, tax and depreciation this year, and a deal could value the business at as much as NZ$320 million, the people said.

Deliberations are at an early stage and Next Capital could decide against a sale, the people said. A representative for Next Capital declined to comment.

NZ Bus employs about 1,700 workers and has a fleet of 780 buses operating out of 11 depots, according to the company’s website. Its main business is servicing urban routes under long-term contracts with local councils in the regions of Auckland, Wellington and the Bay of Plenty.

Next Capital acquired the NZ Bus from New Zealand-listed infrastructure investor Infratil Ltd. in December 2018 for between NZ$218 million and NZ$240 million, adjusted for capital expenditure, net debt and an earnout, according to a statement at the time.

Under Next Capital’s control, the company has focused on electrification. Auckland Transport in partnership with NZ Bus ordered 152 battery electric buses in August this year in a push to reduce the city’s emissions. As of September, the company operated 44 electric vehicles, its website shows.

(Adds EVs in operation at the end of September in last paragraph.)