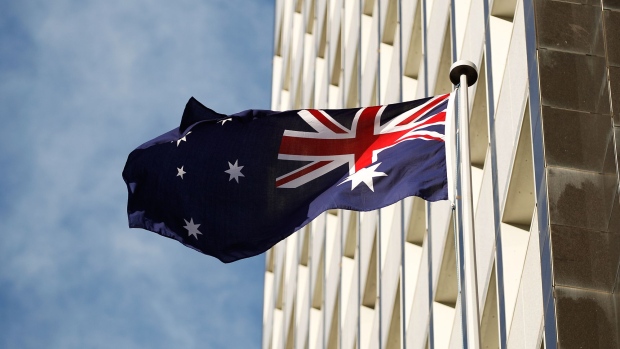 The Reserve Bank of Australia lowered its key interest rate, yield-curve target and bank lending facility rate to 0.10 per cent from 0.25 per cent, as forecast by an overwhelming majority of economists. It said it plans to buy A$100 billion (US$70.4 billion) of government bonds with maturities of around 5-10 years over the next six months.

“The combination of the RBA’s bond purchases and lower interest rates across the yield curve will assist the recovery by: lowering financing costs for borrowers; contributing to a lower exchange rate than otherwise; and supporting asset prices and balance sheets,” RBA chief Philip Lowe said in his statement after Tuesday’s policy meeting.

Australian sovereign yields fell and the curve flattened after the announcement. The currency also slid, trading at 70.41 U.S. cents at 5:22 p.m. in Sydney.

The move demonstrates the central bank’s resolve to speedily extract the economy from its first recession in almost 30 years and prevent unemployment from becoming entrenched. It also underscores a desire to insure against unwanted currency appreciation at a time when other central banks across the world are setting the stage for further stimulus amid a resurgence of the virus.

“The hard reality is that the adoption of QE implies a judgment that further policy easing is likely to be delivered globally. The RBA needs to counter global rates moving lower, for longer. With the global economic recovery having a long way to run a further round of global policy easing could swamp the RBA’s modest QE injection, prompting further easing.”

Australia’s economy is showing strong signs of improvement, aided by Victoria state emerging from strict lockdowns that had been in place since July. Lowe said in a speech shortly after the decision that “it now appears probable that GDP increased solidly in the September quarter despite the lockdown in Victoria.”

The RBA’s central scenario now sees GDP growth of around 6% over the year to June 2021, and 4% in 2022. Unemployment is expected to peak at a little below eigjht per cent, rather than the 10% expected previously. At the end of 2022, the jobless rate is forecast to be around 6%, the bank said.

Government stimulus programs mean households are sitting on a lot of cash -- the savings ratio stood at a 46-year high in the second quarter. This suggests that if the virus can be kept at bay, recovery could be swift. Yet, there are limitations with overseas education and tourism still a write-off until international borders are reopened.

The new bond buying program will involve securities issued by the federal government and states and territories at an expected 80:20 split. The RBA also cut the rate paid to commercial lenders for their deposits at the central bank to zero.

In his speech, the governor estimated that once additional bond purchases are completed, the RBA’s balance sheet will have nearly tripled since the beginning of 2020. Bloomberg estimates that the QE program could result in the central bank snapping up something like a fifth or more of the targeted group of securities in the 5-10 year bucket.

Following his speech, Lowe was asked about the origins of the A$100 billion quantitative easing program. He cited the advantages of moving later than global counterparts and being able to tap their experience.

“It’s reasonably clear that a bond purchase program that’s equivalent to 5% of GDP, which is what A$100 billion here is, has noticeable and meaningful effects on long-term bond yields, and it can have an effect on the exchange rate,” he said. “If it turns out that that’s the wrong number, we’re prepared to adjust over time and we’ll keep this under review at our meetings next year.”

Josh Williamson, a senior economist at Citigroup Inc., says international experience of QE suggests that the RBA will need to upsize its program. “This is made all the more likely given the pressures on other global central banks to increase the size of their own asset purchase programs,” he said.

“If we need to do more, we can and we will” Lowe said in his speech, adding that “it would be incorrect to conclude that we are out of firepower.”