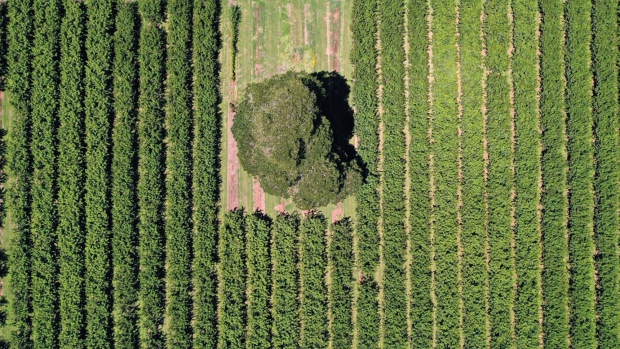 (Bloomberg) -- Farmers in Australia will soon be rewarded for restoring local habitats under a new biodiversity program in which certificates can be traded in a similar way to carbon credits.

The government will introduce legislation to support a market for biodiversity, where credits will be awarded to conservation projects that can prove measurable improvements to the environment, Prime Minister Anthony Albanese said on Friday. Eligible projects include those that protect waterways, provide habitat for native species, reduce erosion and enhance drought resilience.

“Australia’s environment is poor and deteriorating and the government cannot foot the bill alone,” the Prime Minister said in a statement. “As companies look to invest in carbon offsetting projects like tree planting, we need to make sure there is a path for farmers and the environment to benefit.”

The scheme will operate in parallel to the national market for carbon credits, in which certificates are generated from projects that reduce or avoid emissions. Both initiatives will be overseen by the Clean Energy Regulator.

The government will consult over the coming months on the detailed rules for the program, including how biodiversity benefits should be measured and verified.

Standardization has long been a challenge for programs that aim to address biodiversity, due to the broad scope of eligible projects and a lack of a common metric for measuring multifarious environmental outcomes. Quantifying the volume of emissions under a carbon credit system, on the other hand, is relatively more straightforward.

Even still, the Australian carbon market has come under criticism. Andrew Macintosh, a former chairman of the Emissions Reduction Assurance Committee, said the system was a fraud, and that as many as 80% of carbon credits issued didn’t offer genuine or additional abatement of greenhouse gas emissions. In July, the government announced an independent review of the system.