The Reserve Bank raised the cash rate to 2.6 per cent -- a result predicted by only a quarter of economists surveyed, including Commonwealth Bank of Australia and AMP Capital Markets. Governor Philip Lowe reinforced a commitment to tightening even as he acted on signals that he would do so at a slower pace.

“The cash rate has been increased substantially in a short period of time,” Lowe said in his statement. “The board remains resolute in its determination to return inflation to target and will do what is necessary to achieve that.”

The decision prompted the biggest intraday drop in three-year government bond yields since October 2008, when the RBA cut by 100 basis points heading into the global financial crisis. The Australian dollar dropped as much as 1 per cent, while the benchmark S&P/ASX 200 index extended its advance to 3.7 per cent. 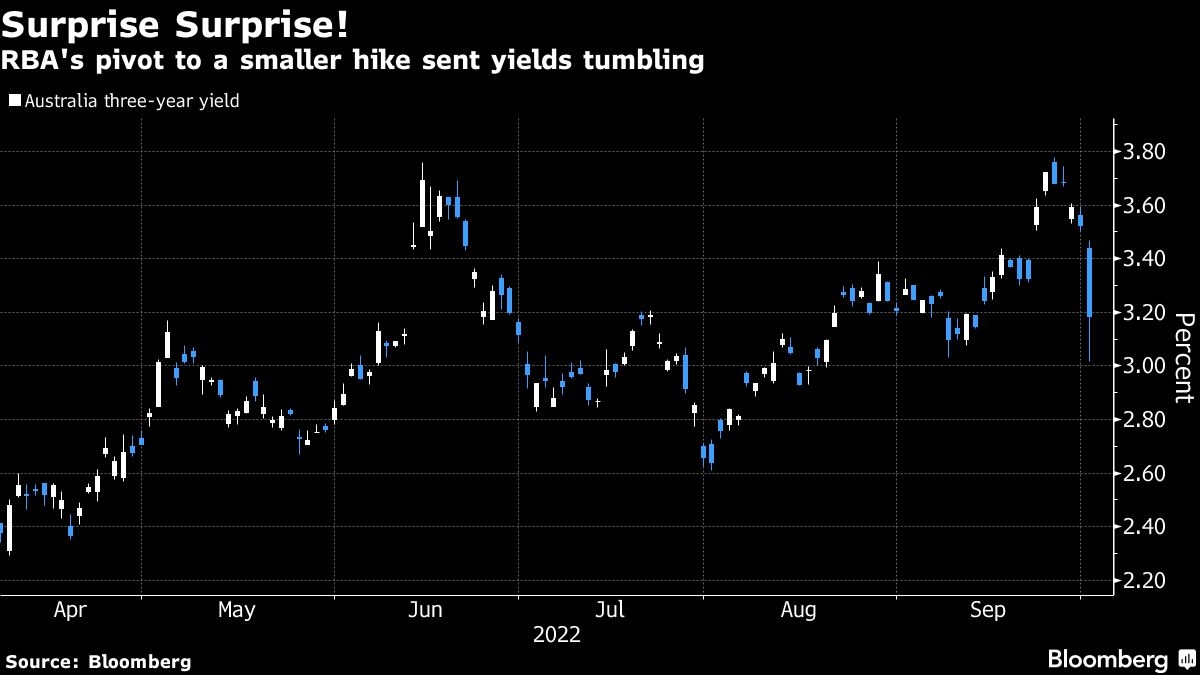 Australian policymakers are mindful that their household sector is among the world’s most-indebted and that the prevalence of variable rates on mortgages means hikes are particularly potent. The RBA is already in the midst of its sharpest policy tightening in a generation as it joins global counterparts in trying to rein in spiraling inflation.

“The lagged effect of rate rises, large share of variable rate borrowers ahead on repayments and borrowers on fixed terms yet to expire, means many mortgage holders are only now beginning to feel the impact of the initial rises,” said Eleanor Creagh, senior economist at real estate firm REA Group. 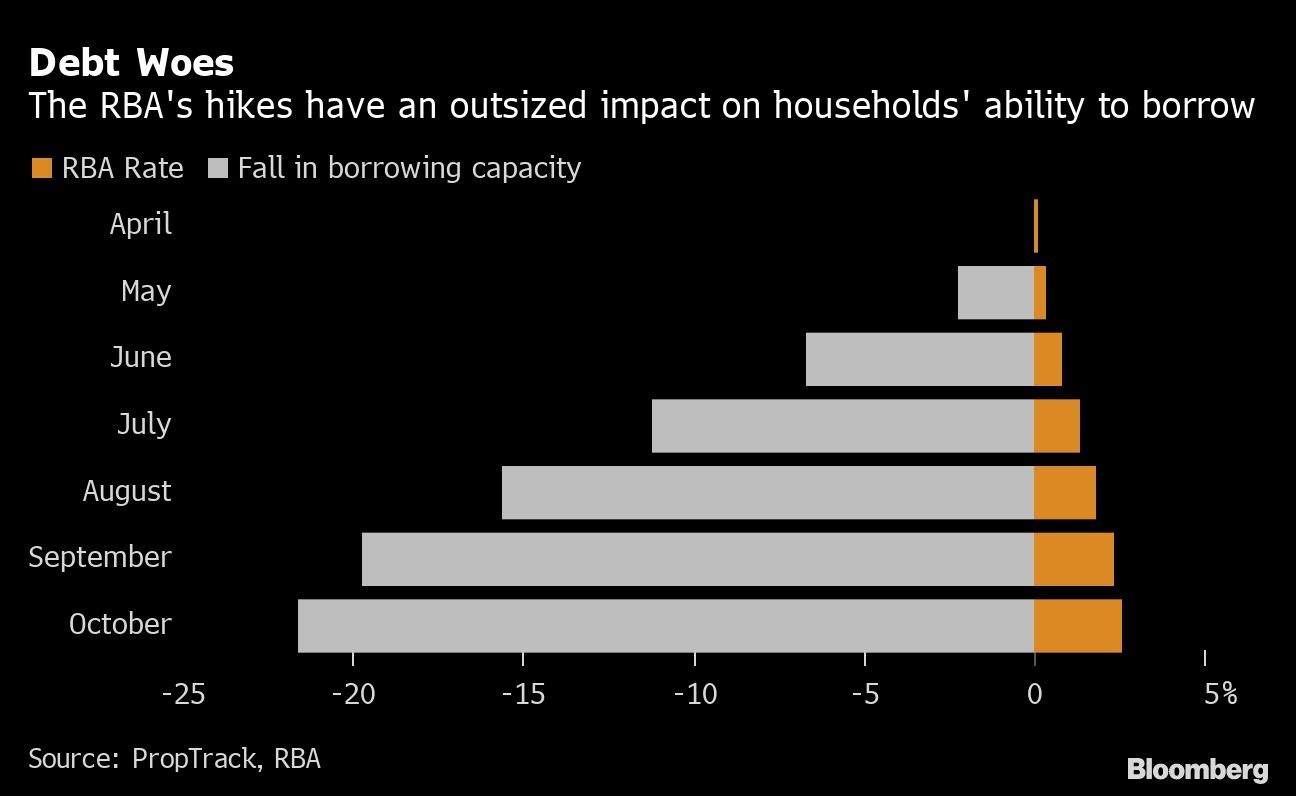 The move brings an end to four consecutive half-point hikes after Lowe had signaled a slowdown was in prospect. However, a hawkish Federal Reserve and a sliding currency had prompted economists to predict the RBA would deliver a final large increase before reverting to a more normal pace of tightening.

“The board expects to increase interest rates further over the period ahead,” Lowe said today. “It is closely monitoring the global economy, household spending and wage and price-setting behavior.”

So far, Australia’s heavily indebted households have shown resilience to rising rates in the face of a jump in the cost of living. Job advertisements are still elevated, indicating further falls in unemployment that’s already near the lowest level in almost half a century.

The “decision to opt for a smaller hike is a sign that the rapid rate hiking cycle may be nearing an end. We think the RBA will deliver another 40 basis points of tightening over coming months.”

Economists see the RBA pausing at a cash rate of 3.35 per cent, while money markets imply a peak of 3.6 per cent by mid-2023, down from about 4 per cent prior to the decision.

Diana Mousina, a senior economist at AMP, highlighted that close to 60 per cent of mortgages are on variable rates, while even those fixed are typically on terms of 2-3 years, versus 30 years in the US.

“Australia’s vulnerability to higher interest rates will prevent the RBA from raising the cash rate too far, with less hikes required to slow demand,” said Mousina, who expects the cash rate to peak at 2.85 per cent.

The rapid policy tightening has prompted economists to predict a sharp slowdown in Australia’s AUS$2.2 trillion (US$1.4 trillion) economy in the year ahead. Lowe has acknowledged that policymakers have a narrow path to beat back inflation and bring the economy in to a soft landing.

“The board’s priority is to return inflation to the 2–3 per cent range over time,” he said today. “It is seeking to do this while keeping the economy on an even keel. The path to achieving this balance is a narrow one and it is clouded in uncertainty.”