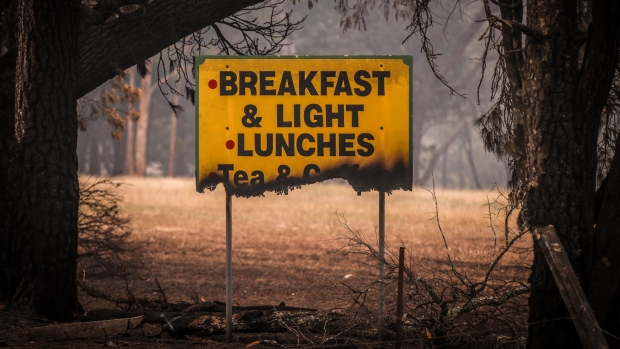 Australia’s economy is likely to be further weighed down by wildfires that have scorched an area larger than the Republic of Ireland and could intensify in coming months with more hot, dry weather predicted.

Goldman Sachs Group Inc. sees immediate economic hits to private investment and farm production, with a drag on tourism deepening over coming months. This will be partly offset by a lift in fiscal spending — including military deployment — translating to a positive contribution from government consumption to GDP.

“The unprecedented physical scale of the current bushfires could amplify the headwinds to farm production or international tourism exports, while the unprecedented smoke haze around major population centers could weigh on spending in communities not directly affected by the fires,” said Andrew Boak, Goldman Sachs chief economist for Australia.

Images of burnt koalas, major cities clogged with acrid smoke and tourists herded onto beaches as a last redoubt against firestorms have been beamed around the world, threatening lasting damage to Australia’s reputation. This could see a longer-term fallout beyond the 0.2-0.4 percentage points expected to be shaved from GDP growth in the near-term. 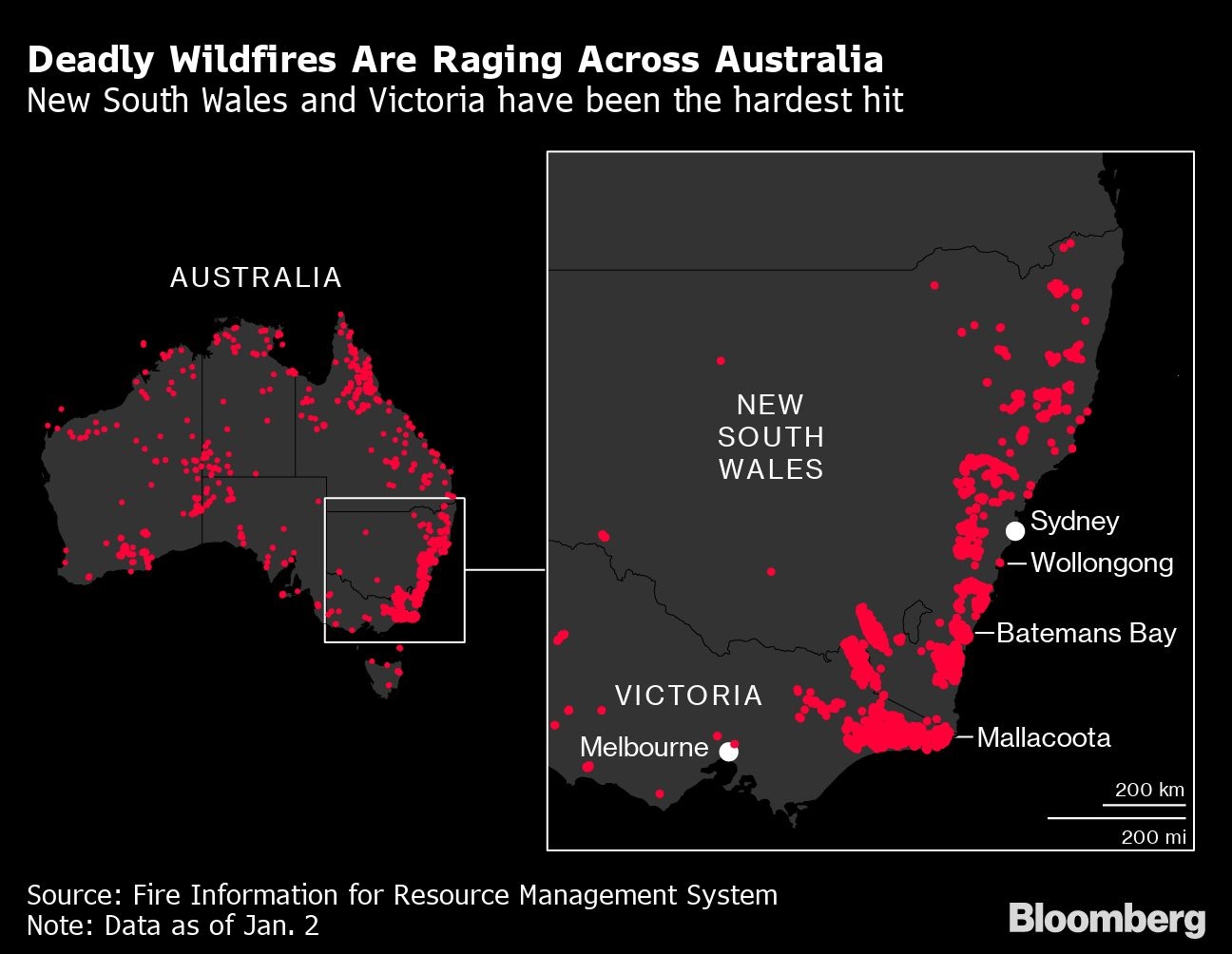 Traders are pricing in about 60-per-cent odds the central bank will lower interest rates by a quarter point at its Feb. 4 meeting and government bond yields to three-and-a-half-week lows. The Australian dollar fell on each of the first five trading days of the New Year to be the weakest developed-nation currency over the period.

While some of the angst in markets reflects a flight to safety following the escalation of tensions between the U.S. and Iran, the Aussie dollar’s under performance relative to other currencies suggests there’s also been a drag from the bushfire impact on Australia’s fragile consumer.

Commonwealth Bank of Australia, the nation’s largest lender, says business disruption will see regional economies and tourism particularly hurt. CBA says its PMI already shows “some bush fire impact and leading indicators like accommodation searches are already dropping away.” The bank estimates tourism accounts for 3.1 per cent of gross domestic product and 5.2 per cent of employment.

The government has already announced compensation for volunteer firefighters, deployment of military assets, including the call up of reservists, and a A$2 billion (US$1.4 billion) bush fire recovery fund. These could provide some offset to the pullback in private sector activity.

Shane Oliver, chief economist at AMP Capital Investors Ltd. in Sydney, says the economic hit comes at a time when growth is already weak. “It risks knocking March quarter growth to near zero or below,” he said, adding that while the risk of recession has increased, the country’s 28-year run without two consecutive quarters of contraction is unlikely to end this time.

With more than 120 fires still burning in New South Wales state alone, and the southern hemisphere summer barely underway, the death toll — currently at least 25 people — and devastation could further mount. The blazes have destroyed 25 million acres of forest and bush, razed 1,800 homes and caused the deaths of an estimated half a billion native animals.