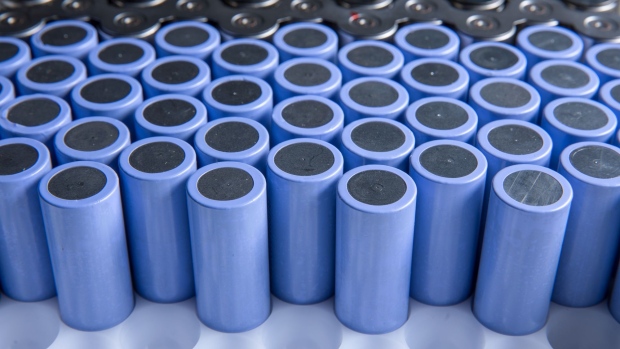 (Bloomberg) -- An Australian company has developed a battery technology that may have applications ranging from smartphones to spacecraft radiation shields.

Li-S Energy Ltd., which debuted on the Australian Stock Exchange Tuesday., has applied boron nitride nanotubes in lithium-sulfur batteries in a bid to increase energy density and extend endurance well beyond that of more conventional lithium-ion batteries. That comes as companies strive to enhance battery technology and advance the progress that has seen prices plummet over the past decade and made batteries a viable alternative in sectors including transport and energy storage.

The company has “had an amazing amount of inbound interest already from some of the household names that use products with large batteries in them,” Lee Finniear, the Brisbane-based company’s chief executive officer, said Tuesday in a Bloomberg Television interview. Li-S is looking “not to compete, but to partner” with big battery manufacturers, retrofitting existing production lines to speed-up production, he said.

Radiation shielding, a necessity for companies including Tesla Inc.’s SpaceX, is another possible application of the technology, according to Finniear. PPK Group, a major shareholder in Li-S Energy, is applying BNNT technology for “everything from bullet-resistant glass, to reduce its weight, to advance aluminum to be able to provide lighter, stronger aluminum for space and aeronautical applications,” he said.