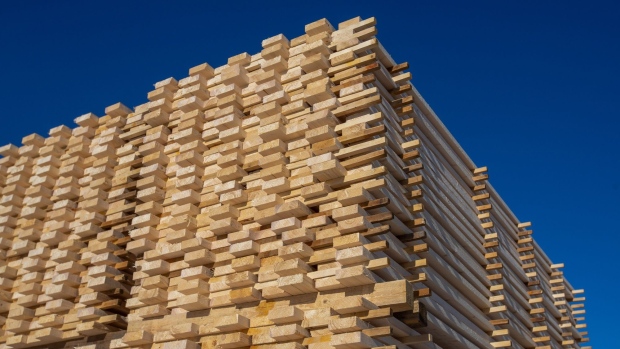 (Bloomberg) -- Europe’s biggest timber nations lined up at an Austrian conference on Tuesday to reject a climate strategy proposed in Brussels to sustainably regulate how woodlands are managed.

Forestry ministers from Germany, France, Finland, Slovakia and Sweden, as well as industry representatives declared Tuesday after meeting in Vienna that the European Commission should steer clear of any rules that restrict national control over the continent’s 640 billion-euro ($742 billion) timber business.

“Forest policy rests in the hands of EU member states and that’s how it should stay in the future,” said Austria’s Agriculture Minister Elisabeth Koestinger, who hosted the meeting, at a press briefing on Tuesday. The group sent a letter to European Commission President Ursula von der Leyen outlining their red lines.

The European Commission’s draft forest strategy in July laid the groundwork for a new suite of high-tech surveillance measures and rules to protect European forests “under increasing strain,” while streamlining governance across all 27 member states. The EU’s executive arm wants to expand woodlands by planting an additional 3 billion trees, even as it encourages more timber use to replace carbon-intensive concrete in construction.

But ministers who convened in Vienna said the commission plan risks undercutting employment and depriving its economy of resources. Monitoring of forest inventories should remain the province of national governments, according to Koestinger.

“Only a variety of regional concepts can do justice to the diversity of European forests,” said Felix Montecuccoli, an Austrian timber-industry lobbyist, in a statement. “This requires independent, national and regional forest policies.”