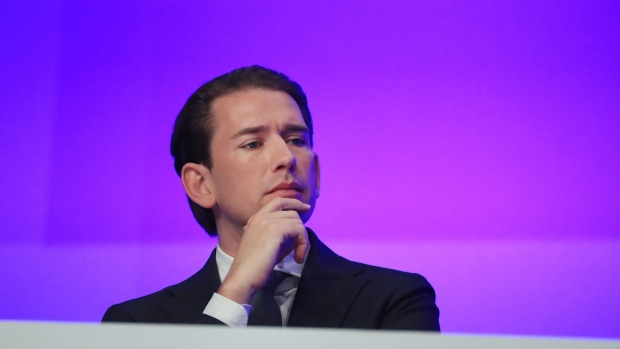 (Bloomberg) -- Austrian opposition parties continued to apply pressure on the government by calling a committee to investigate corruption allegations that prompted Sebastian Kurz to resign as chancellor.

“What we know so far may only be the tip of the iceberg,” the opposition lawmakers from the Socialists, liberal NEOS and far-right Freedom Party said in a statement on Wednesday.

Kurz and nine others are suspected of funneling federal funds to a newspaper publisher in return for favorable coverage that helped fuel his political rise. He has denied wrongdoing.

The 35-year-old conservative stepped down as chancellor on Saturday. Kurz will remain a key figure in Austrian politics as head of the People’s Party and leader of its parliamentary caucus.

The governing coalition with the Green party remains in power, with Alexander Schallenberg -- previously foreign minister -- replacing Kurz as chancellor.