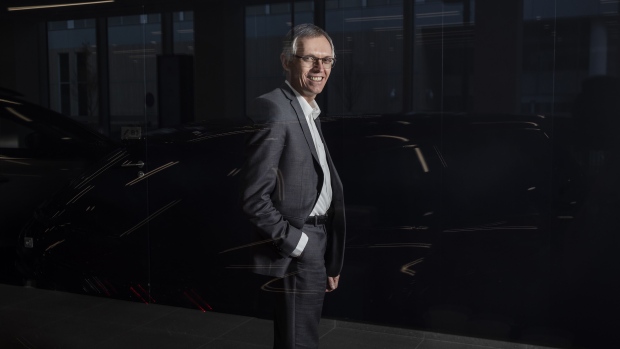 The newly-minted merger of Fiat Chrysler Automobiles NV and PSA Group is poised to raise the global profile of an under-the-radar chief executive who will lead a vast and massively complex carmaker with quiet intensity.

The market debut of Stellantis, the group formed by the Italian-American and French auto manufacturers, is a coming-out party for its leader, Carlos Tavares. The shares surged as much as 8.5 per cent in Milan on Monday, valuing one of the world’s largest-volume carmakers at more than 42 billion euros (US$51 billion).

Tavares has spent a 40-year career rising up the ladder of an industry that birthed the modern day celebrity CEO, engineering impressive turnarounds while largely going unrecognized taking commercial flights in and out of Detroit.

The wiry, hyperactive 62-year-old has shown little desire to be another Lee Iacocca, Dieter Zetsche, Sergio Marchionne or Carlos Ghosn. But whether he comes around to the spotlight or not, he’ll get much more of it steering an empire of roughly 400,000 employees and 14 brands into an uncertain future, where cars increasingly run off of batteries and software and the combustion engine meets its demise.

“He’s not selling Carlos, and he doesn’t want to,” said Jim Press, an auto executive who worked with Tavares when the latter headed Nissan Motor Co.’s North American operations. “He develops people and organizations. The guy is a great businessman.”

Carlos Tavares, chief executive officer of PSA Group, poses for a photograph following an interview at the automaker's headquarters in the Rueil Malmaison district in Paris, France, on Thursday, April 4, 2019. Since arriving in 2014, Tavares has turned around a struggling PSA by focusing relentlessly on cutting costs and adding scale.

Automotive mega mergers have failed in simpler times. Before Daimler’s disastrous combination with Chrysler around the turn of the century, PSA’s archrival Renault acquired American Motors in a doomed deal the French company reversed from a little over a decade later.

For Tavares to succeed with Stellantis, he’ll have to do more than just streamline and slash costs, the playbook he followed in bringing PSA back from the brink. The self-described “performance psychopath” also will have to prove his product chops and catch up on electrification in an era when little seems to matter more to investors.

After a more than two-year effort to combine the companies, Tavares said Monday that management will focus on achieving the 5 billion euros of annual savings projected from the merger. “You can trust our management in our execution capability,” he said during a listing ceremony. “We are here to get the job done.”

Tavares displayed his early passion as a 14-year-old volunteer at the Estoril track near Lisbon, where he was born and raised. He has since competed in more than 500 races as an amateur driver and has said he became an engineer because he lacked the talent and money to race professionally. He was scheduled to drive a Lancia Stratos at an annual rally in Monaco this month before COVID-19 forced its cancellation.

After graduating from one of France’s top engineering schools, Tavares started his career at Renault in 1981. He headed up partner Nissan’s North America operations for two years before becoming No. 2 to Ghosn at Renault in 2011.

In an unusual power play for a top job, he told Bloomberg News in 2013 that since Ghosn was planning to stick around, he would be interested in running General Motors Co. or Ford Motor Co. He left Renault within weeks and took the helm of almost-bankrupt PSA six months later.

He applied similar tactics with Opel and Vauxhall, the brands GM cast off to PSA in 2017 after racking up about $20 billion of losses over two decades. By slashing development spending and buying out thousands of workers, he swiftly pushed those operations into the black.

“The Tavares factor was probably the most underestimated” of PSA’s 2014 turnaround plan, said Societe Generale auto analyst Stephen Reitman. “Opel Vauxhall was seen as maybe a step too far, but he proved that by patiently going around and reasoning with people, they would reconsider positions that had contributed to 20 years of losses.”

Those negotiating skills will be put to the test quickly, with Tavares due to meet with Italian labor union leaders Wednesday about the impact Fiat Chrysler’s merger will have on employment.

Bloomberg News spoke with half a dozen people who have worked closely with Tavares. They describe him as ultra-competitive with a dogged attention to detail. He doesn’t tolerate meetings starting late or dragging on and asks underlings to make presentations in five slides or less.

Tavares shuns the annual gathering of business elite that Ghosn frequented in Davos, Switzerland, and shows up to glitzy car shows in scuffed-up dad shoes. He often spends weekends tinkering on cars at his suburban Paris home.

As head of Stellantis, he’ll answer to dynastic shareholders -- the Agnellis, led by Chairman John Elkann, as well as the Peugeots -- and politics will play an outsize role. The French state will retain a stake in the merged company, and Italy’s deputy economy minister has hinted its government may acquire a shareholding as well.

PSA’s outgoing Chairman Louis Gallois has said that since Tavares’s roots are in Portugal, where he owns a vineyard and small vintage-car business, he’ll be an effective neutral arbiter.

Carlos Tavares, chief executive officer of PSA Group, gestures while speaking during the automaker's full year earnings news conference in Paris, France, on Wednesday, Feb. 26, 2020. Peugeot maker PSA Group defied mounting pessimism in the car industry by raising its dividend and offering assurances to investors that it can withstand a deepening slump.

Stellantis will be an amalgam of model lines with a strong presence in North America’s lucrative truck and SUV segments, thanks to Fiat Chrysler’s Ram and Jeep divisions. PSA’s revitalized Peugeot and Citroen brands also have excelled in Europe and are the envy of Renault.

Yet the company won’t have much of a foothold in the luxury-car business. The Alfa Romeo and Maserati lines are struggling and PSA’s DS is tiny. Fiat Chrysler and PSA also have stumbled in China’s vast auto market.

“Tavares knows that if the Chinese market is a medium- or long-term goal, Europe is right now Stellantis’s most compelling challenge,” said Carlo Alberto Carnevale Maffe, a professor at Bocconi University in Milan. “He needs to act by cutting costs, recovering profitability and investing in a range of technologies.”