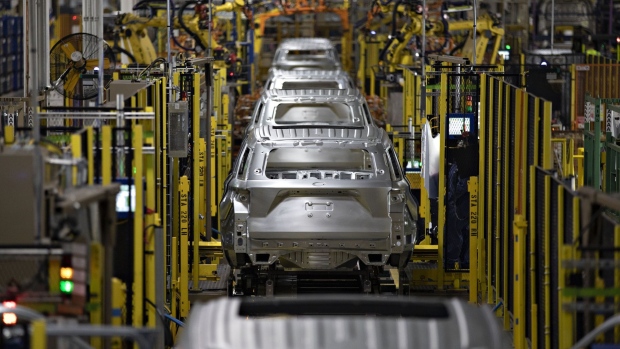 (Bloomberg) -- Automakers want a portion of the money Congress approved for addressing the global semiconductor shortage to be reserved for vehicle-grade chips -- warning of a potential 1.3 million shortfall in car and light-duty truck production in the U.S. this year.

Congress last year authorized federal spending on research and design initiatives to boost domestic chip production and create a subsidy for domestic manufacturers. But the money still needs to be included in an appropriation measure before it can be doled out.

“Given the importance of chips to current auto production and future automotive innovation, it would be regrettable if none of the funding under the CHIPS for America Act, once appropriated, was used to increase the resiliency of automotive supply chains through the construction of new facilities that produce or have the ability to produce auto-grade chips,” John Bozzella, president and chief executive officer of the Alliance for Automotive Innovation, said in comments submitted to the U.S. Department of Commerce that were reviewed by Bloomberg News.

“For this reason, we suggest that at least some portion of any CHIPS for America Act funding be used to build new capacity that will support the auto industry and mitigate the risks to the automotive supply chain evidenced by the current chip shortage.”

The auto alliance projected that the semiconductor shortfall would result in nearly 1.3 million fewer vehicles being produced this year as plants halt production while awaiting new shipments of automotive-grade semiconductors from Taiwan and South Korea -- chips that won’t even be manufactured for three to four months.