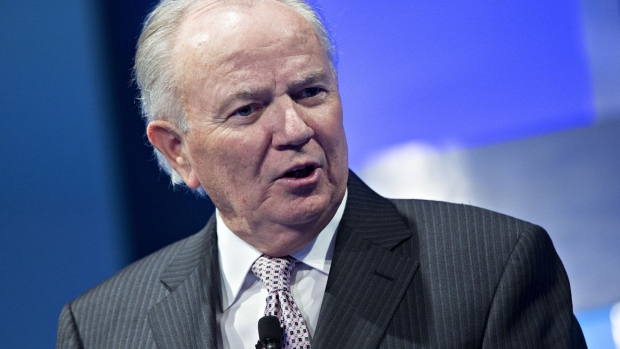 The Ft. Lauderdale, Florida-based retailer delivered earnings per share of $5.12, beating the $4.14 average estimate of eight analysts surveyed by Bloomberg. Revenue from used-car sales surged 53% in the quarter to $2.3 billion, while new-car revenues were roughly flat. The shares climbed as much as 12% on Thursday to touch a record high before paring some of the advance.

“I can’t control what new-vehicle production is, but I can control how many pre-owned I buy,” Chief Executive Officer Mike Jackson said in an interview. “If anyone in America, any individual advertises their car for sale, we call them, we make an offer to purchase the car.”

Factory shutdowns because of the chip shortage and Covid-19 have hobbled auto production over the past year, with output cut in North America by 5 million vehicles. That has led to historically low inventory in the new-car market and pushed the average price of a new vehicle above $40,000 -- an all-time high that would have been considered a luxury price tag not long ago.

AutoNation had about 5,000 new cars in stock at the end of the quarter, a fraction of the 50,000 it would have on hand in normal times, Jackson said. The retailer managed to scrounge up 30,000 pre-owned cars by avoiding pricey used-car auctions and directly calling up thousands of people who posted online ads to sell cars.

Jackson, who is retiring at the end of this month after more than 20 years with the company, said he expects auto production to improve gradually in the second half of 2022, but it won’t be enough to replenish his lots. He’s already sold new cars that won’t arrive for as as long as three months.

“There’s a lot of customers who told us they’re going to wait until next year,” he said. “Shipments will improve next year, but I don’t think they go into inventory, I think they come in and get delivered.”

Automakers have already been stripping out some premium options to save on chips and get vehicles out the door. Now many of them are are delivering cars to dealer lots without the semiconductors, and having the dealers hold onto the cars until they can install the chips themselves at a later date, Jackson said.

“It makes far more sense than not making the vehicle at all,” he said. “We can easily install the component.” Jackson, 72, is stepping down as CEO of Autonation Nov. 1. He started out as a technician at a Mercedes-Benz dealership and served as CEO of the German brand’s U.S. business before coming to AutoNation.

He’ll be replaced by Mike Manley, the former CEO of Fiat Chrysler Automobiles NV who’s been head of the Americas since Stellantis NV was created earlier this year via the merger of Fiat Chrysler and PSA. Manley, who previously led the Jeep brand, also started his career working in dealerships.