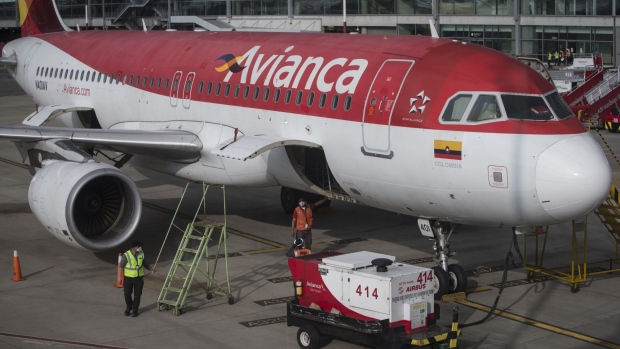 (Bloomberg) -- Should Avianca Holdings SA win approval Tuesday to exit bankruptcy, it will become a U.K. incorporated company, a move that surprised the federal judge overseeing the airline’s reorganization in New York.

U.S. Bankruptcy Judge Martin Glenn said he was “unhappy” that the proposed new corporate home of the company wasn’t disclosed to the public earlier. Glenn asked several pointed questions about whether the company is considering another reorganization under U.K. laws.

The new owners would have an advantage if the company goes bankrupt under U.K. business restructuring rules, Glenn said. That’s because they would be able to keep their equity even over the objection of creditors, he said. Under the U.S. bankruptcy code, all creditors must be paid in full before owners get anything back.

Avianca chose the U.K. to get a tax benefit, company attorney Evan Fleck said. The company didn’t make a decision to become a U.K. corporate entity until late in its reorganization case and isn’t preparing for a future restructuring, Fleck said.

Companies often have a corporate home that is separate from where their main operations take place. Avianca was the second-largest air carrier in Latin America before the pandemic.

Prior to the bankruptcy, Avianca was incorporated in Panama and operated out of Colombia.

Glenn is holding a court hearing in New York to decide whether to approve Avianca’s plan to cut debt by about $3 billion and hand ownership to lenders.

The case is Avianca Inc., 20-11133, U.S. Bankruptcy Court for the Southern District of New York (Manhattan).