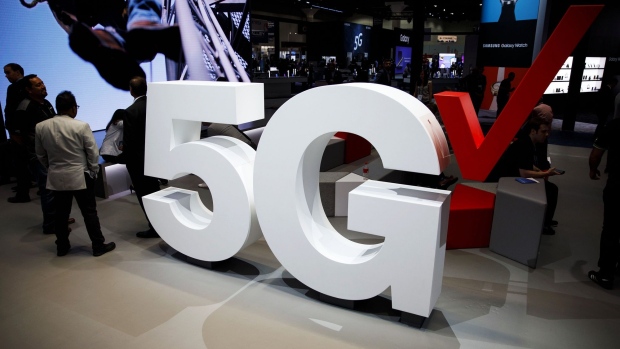 (Bloomberg) -- A coalition of aviation groups has called a proposal by AT&T Inc. and Verizon Communications Inc. to limit the strength of 5G signals “inadequate,” adding a new level of controversy over the service set to start next month.

The Aerospace Industries Association in a letter to the Federal Communications Commission called for additional restrictions on 5G mobile-phone towers near airport approaches and landing pads for helicopters. Bloomberg News reviewed the letter, which was dated Monday but hasn’t yet been posted to the FCC’s website.

“Our proposal also aims to minimize the impact on both the telecom operations and our national aviation system,” the trade group said in the letter.

The two wireless companies have said that the new 5G service in the so-called C-band poses no risk to aviation and on Nov. 24 offered to limit intensity of the signals, but aviation groups remain concerned that the radio waves are too close to those used by a critical safety device known as a radar altimeter and could cause interference.

The AIA letter was earlier reported by Reuters.

AT&T and Verizon pledged in the Nov. 24 letter to operate the new 5G service at reduced power everywhere for six months, with even lower power levels and limited antenna heights near airports and along landing paths. Transmissions would also be limited for antennas pointed skyward and at locations near “public helipads,” the companies said.

AT&T and Verizon also opened the door to extending the restrictions beyond six months if “credible evidence emerges that real-world interference would occur if the measures were relaxed,” they said in the letter.

The U.S. Federal Aviation Administration is expected as soon as Tuesday to issue possible flight restrictions once the 5G service becomes active starting on Jan. 5.