Avocado prices jumped to the highest in more than two decades amid tightening supplies in Mexico, the world’s biggest exporter of the fruit, signaling pricier guacamole.

An index tracking avocado from the Mexican state of Michoacan, by far the biggest source in the country, climbed 81 per cent this year to 760 pesos (US$38) per 9-kilogram box, the highest in data going back to 1998, government figures showed.

Mexican avocado output is seen dropping by 8 per cent in the 2021-22 crop year from a record high the previous season, according to the U.S. Agriculture Department. American importers of the fruit are still catching up from a temporary ban on shipments from Michoacan last month stemming from threats against U.S. inspectors. 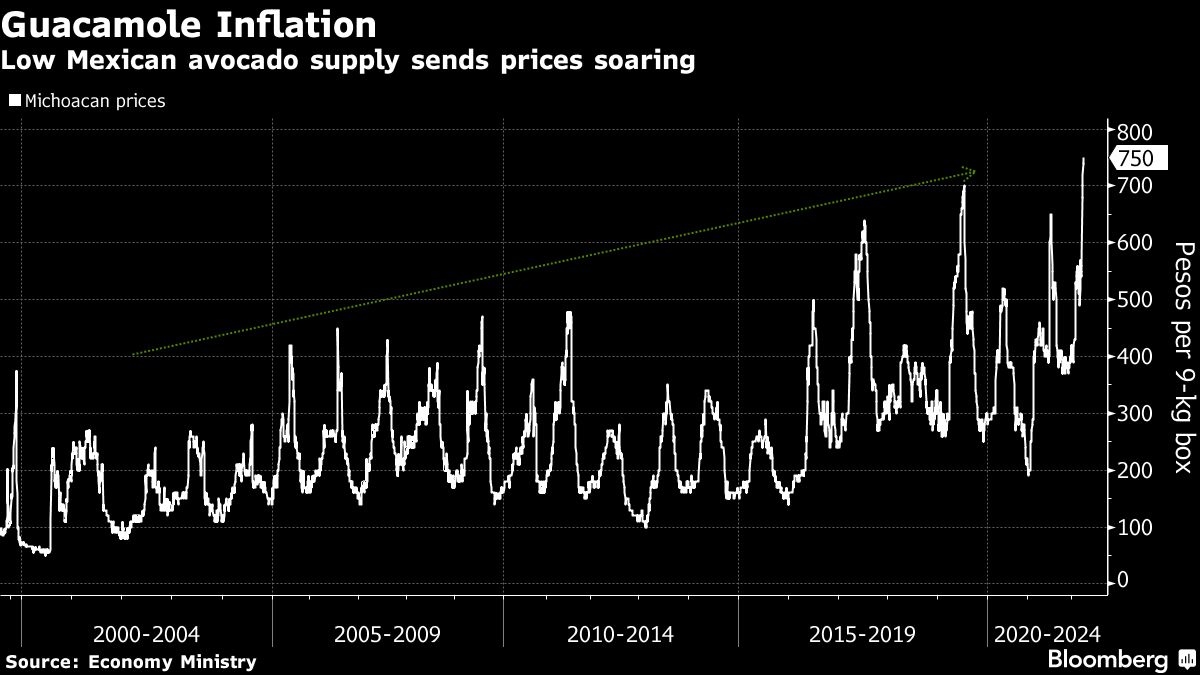 Mexico accounts for more than 80 per cent of the avocados consumed in the U.S. In California, which feeds about 15 per cent of American demand, production is forecast to rise this year “but clearly not enough to satisfy growing avocado demand in the U.S.,” Magana said.

Companies already are feeling the pinch from higher prices. First Watch Restaurant Group said its costs are rising toward the high end of its projections.

Mission Produce Inc, the largest U.S. avocado distributer, saw a 50 per cent increase in average per-unit avocado sales prices “due to lower industry supply out of Mexico, as well as inflationary pressures,” Chief Executive Officer Steve Barnard said in an earnings statement on March 10. “Partially offsetting price gains was an 18 per cent decrease in avocado volume sold, which was primarily driven by lower supply but exacerbated by price sensitivity in select international markets that competed for lower cost sources of fruit.”

U.S. per capita consumption of avocados has more than doubled since 2010 to over nine pounds, according to Rabobank’s research.

More supply relief may come by mid-year, when the Mexican state of Jalisco begins to send fruit to the American market.