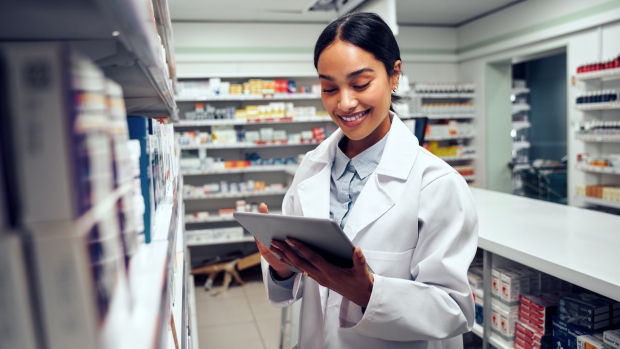 Avricore has a unique focus on community pharmacies.

The global pandemic has brought healthcare to unusual places.

Temporary hospital wards are created on bare warehouse floors, and in cavernous and quiet convention centres.

And vaccination clinics are held in churches and community centres, school gyms and football stadiums. There have even been mobile inoculation centres in buses, taking the shots directly to the arms that need them.

Now, here is a not-so-unusual place to access healthcare: a pharmacy.

But with increased competition from online vendors, pharmacies must now take a more active role in their clients’ health.

This is exactly where Avricore Health (TSXV: AVCR | OTC: AVCRF) comes in to transform an industry that needs modernization.

The Vancouver-based tech company provides pharmacies with complete turnkey, point-of-care rapid testing systems — both hardware and software — called HealthTab™. These systems allow customers, using a simple finger-prick blood test, to check for markers associated with diabetes, heart disease and other conditions under the guidance of a pharmacist.

“What HealthTab™ does is it creates a space where a patient can take direct agency over their health,” says the company’s CEO, Hector Bremner. “They can walk into their pharmacy, they can ask that question, and they can get information that they can act on now.”

“Technology means that diagnostics on site and diagnostics in real-world settings are becoming easier to do,” Bremner adds.

What’s saved initially is the time and inconvenience of booking and attending a doctor’s appointment, then a lab appointment, although those may come later once results are known.

“Yes, you need good instruments, but you need a whole system around that instrument. That’s where we’ve come in and developed a real out-of-box solution that works for pharmacies.” – Rodger Seccombe, CTO, Avricore Health Inc.

But at a time when an estimated one in three Canadians is diabetic or pre-diabetic, it’s also a way of catching issues early and conveniently — just as people often realize they have blood pressure issues when they sit down at a BP machine in a pharmacy while shopping — and allowing people to take steps to avoid serious complications down the road.

“Most people will be better served if we can test early, detect early,” Bremner says. “We think that the patient is looking for this and that the pharmacy setting is the right model to deliver this type of care.”

Are you striving to become a healthier version of yourself? Or are you looking to manage an existing condition? Our service platform, #HealthTab, offers safe, convenient, and lab-accurate results for up to 21 key #health makers.

Partnerships are key for Avricore’s continued success and rapid growth

Avricore isn’t alone in this thinking and has recently developed partnerships on the supplier and buyer sides of its business.

First, the company secured a Distribution Agreement with Abbott Canada, the first agreement of its type for a health-data company. The Agreement gives Avricore the right to feature the Afinion 2™ blood chemistry analyzer and certain other Abbott laboratory grade tests including A1c, cholesterol, eGFR —as well as bacterial and viral testing capabilities — in the HealthTab™ offering to location partners.

“We’re proud to be part of this amazing journey with HealthTab™ as we believe point-of-care testing in pharmacies is the future.” — Daniel Saint-Pierre, General Manager, Abbott Rapid Diagnostics.

Second, Avricore signed a master agreement with the massive Shoppers Drug Mart chain in Canada — it has 1,300 stores and is owned by the retail giant Loblaws — to pilot HealthTab™ in Ontario through a diabetes management program.

In July, Avricore announced that patient testing had begun on the first deployment of the new HealthTab™-integrated Afinion 2™ analyzers in the initial Shoppers Drug Mart pharmacy location as part of its previously announced effort to screen for diabetes and cardiovascular disease, demonstrating strong demand, smooth workflow, and reliable system operations.

So successful was the initial week that more than 90 patients were tested and over 600 results were reported over the initial trial period between July 5–July 18 at this single location.

The deals with both partners are game-changing steps along the road to the company’s goal of becoming the world’s largest network of point-of-care testing in pharmacies.

If that’s a big goal, it’s because there’s enormous potential, with estimates that the global point-of-care diagnostics market is projected to hit US$50.6 billion by 2025.

We are pleased to announce that patient testing has begun on the first deployment of the new HealthTab system in the first Shoppers DrugMart location. $AVCR

Read more about the rollout and patient demand in the press release here: https://t.co/T9A6q51DQN pic.twitter.com/YCXNvJAtU5

‘The future of pharmacy’

Its in-pharmacy network allows the company to secure steady revenues, plus offer the world’s first permanent network of real-world data-collecting analyzers to researchers examining health trends, another source of income.

The last point means all Avricore’s machines are a live reporting network of real-time tests, allowing scientists to conduct research using the encrypted and de-identified data to determine, for example, the prevalence of kidney disease in a given area.

“The market for health data is constantly compounding on itself. It’s really viewed as the future of healthcare,” Bremner says, adding, “you can’t improve what you don’t measure.”

“What HealthTab™ does is it creates a space where a patient can take direct agency over their health.” – Hector Bremner, CEO, Avricore Health Inc.

All of which points to a promising future for Avricore, which is aiming to expand into thousands of pharmacies across Canada as well as into pharmacy chains in the U.K. and U.S.

“The COVID-19 pandemic has significantly amplified our market opportunity,” Bremner says, when asked what he’d tell potential investors. “The public has had a crash course on the positive impacts that early detection and rapid testing can have on your life.”

“This is really the future of pharmacy.”

Seccombe says he believes Avricore is well-positioned to capitalize on that future, noting, “There are numerous players that we’re working with in the healthcare sector but there are very few players that are in point-of-care services within pharmacies.”

“Yes, you need good instruments, but you need a whole system around that instrument,” Seccombe adds. “That’s where we’ve come in and developed a real out-of-box solution that works for pharmacies.”

2021 milestones for investors to take note of

Abbott agreement: Signed on May 31st to expand the distribution of the Afinion 2™ analyzer in pharmacies

HealthTab™ rollout: As key milestones are met, the HealthTab™ network is set to expand in more pharmacies

To learn more about Avricore Health, and how the company is investing in the future of pharmacy, visit their website here.