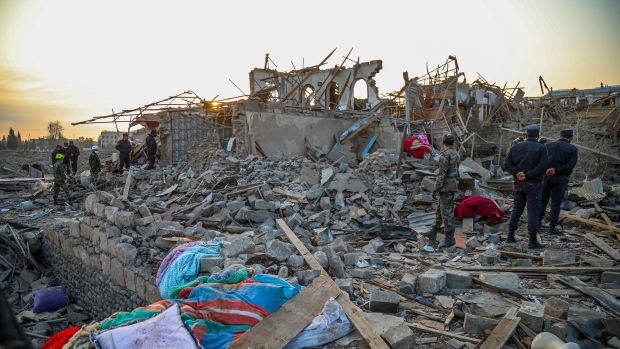 (Bloomberg) -- Azerbaijan said that 12 people were killed and more than 40 were seriously injured after a missile hit the city of Ganja.

The foreign affairs ministry suggested in a post on Twitter that Armenia was responsible for the shelling. The two countries have been fighting over the disputed region of Nagorno-Karabakh since late September.

The Azeri foreign affairs ministry said two minors were among the dead. A Facebook post from the country’s General Prosecutor’s Office said missiles hit a civilian settlement in the city.