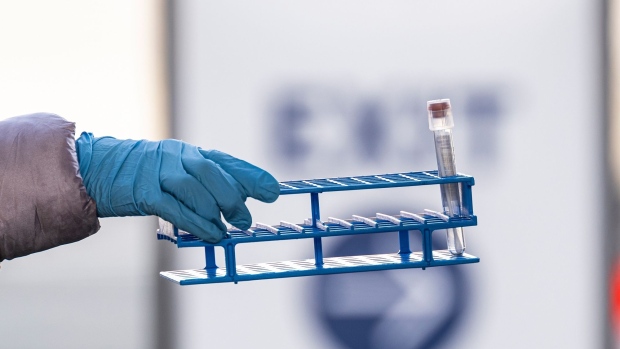 (Bloomberg) -- The B.1.1.7 variant of the coronavirus, first found in the U.K., has overtaken the initial form of the virus in the U.S. and is now the country’s most common strain, the head of the Centers for Disease Control and Prevention said Wednesday.

CDC Director Rochelle Walensky said at a briefing that the version had overtaken other mutations that have emerged, as well as the initial version of the virus in the U.S.

“It is the most common lineage, period,” she said. “These trends are pointing to two clear truths -- one, the virus still has hold on us, infecting people and putting them in harm’s way, and we need to remain vigilant, and two, we need to continue to accelerate our vaccination efforts.”

B.1.1.7 is more easily transmitted and appears to also be more harmful once a person has contracted it, U.S. officials have said. Last week, Walensky said B.1.1.7 was the predominant variant in five U.S. regions, which have two-thirds of the country’s population, though the CDC said at the time that it still trailed the initial version of the virus.

U.S. Covid-19 cases have ticked up in recent weeks after steadily falling since January, threatening to unleash a fourth wave of infection despite 108 million Americans having received at least one vaccine dose so far. Health officials have stressed that vaccines are effective against variants of the virus, and pleaded with Americans to get their shots as soon as they’re eligible.