VICTORIA -- British Columbia moved to ease the province's housing crisis Tuesday with a budget that introduces a new tax on property speculators, higher taxes on foreign homebuyers and plans to create 114,000 affordable housing units over the next decade.

Finance Minister Carole James said the tax measures are part of the government's aim to improve housing affordability in markets where some seniors are forced to live in their vehicles and young professionals are refusing to take jobs in B.C. because they can't find a place to live.

"We can't fix the housing crisis overnight but we can act," James said. "A budget is more than revenue and expenses. A budget is about people. It's about the kind of communities we want and the kind of future we want."

But the Opposition Liberals said the budget should raise warning signs about the sustainability of the government's spending spree.

"They are literally driving up taxation," said finance critic Shirley Bond. "They are spending, taxing and spending some more."

"Our goal is fairness," James said. "This is a major step to end speculation in our marketplace. We're asking those who benefited from high prices to give a little bit back."

The 15 per cent tax on foreign buyers will jump to 20 per cent on Wednesday and will be expanded beyond Metro Vancouver to include much of southern Vancouver Island, the central Okanagan and the Fraser Valley.

The amount collected by the province in taxes is rising in the budget and it is forecast to continue for the next two years, jumping from $28.2 billion in the last fiscal year to $35.1 billion in 2020-21.

James defended the new and increased taxes as the right path to restore affordability.

Easing the financial pinch felt by families was a recurring theme in the first full budget brought in by the NDP since it came to power last summer.

"We live in a province rich in people, resources, natural beauty and opportunities," James said in her budget speech. "Yet those opportunities have become further and further out of reach for many."

The government is also planning to invest more than $1 billion in child care, a step James described as historic for B.C. The money will help create more than 22,000 spaces and offer monthly benefits of $1,250 to 86,000 families.

Students and young families are some of the budget's primary beneficiaries, said Prof. Paul Kershaw of the University of British Columbia's school of population.

People will celebrate that child care expenses no longer amount to rent or mortgage-sized payments, he said.

"We seem to be a province that is saying we're going to take more and more tools available to us to ensure that home prices no longer continue to skyrocket."

But Jock Finlayson, vice-president of the B.C. Business Council, said on the housing side, the government is more focused on relaxing demand pressures than offering more immediate help to municipalities and developers to increase supply.

"If you're worried about pricing and affordability there is a supply side to the market to look at," he said. "It's not all about demand. That's kind of missing."

B.C.'s housing crisis was a major issue in last year's provincial election that saw the New Democrats form a minority government with the backing of the three-member Green caucus, ending the Liberals' grip on power after 16 years in what was largely seen as a rebuke of its tight-fisted fiscal management that neglected spending on social programs.

James said her budget reflects the outcome of the election.

"It's time for a different approach," she said. "It's time everyone in our province is part of our prosperity." 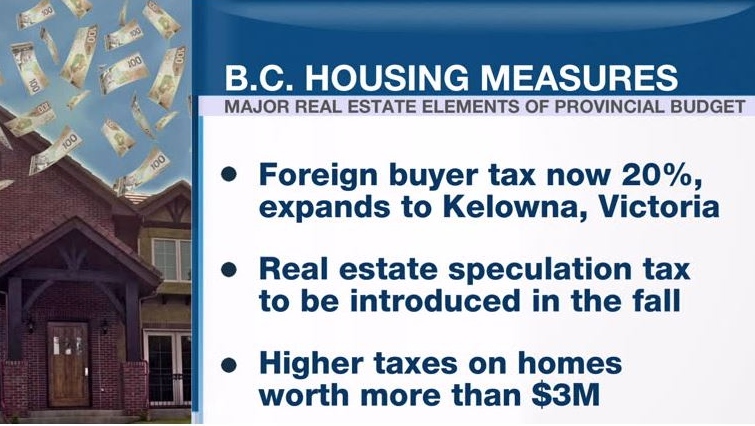 The government will also eliminate medical services premiums on Jan. 1, 2020, saving individuals up to $900 annually and families $1,800. It will be replaced with a new payroll tax on employers, although those with payrolls under $500,000 will be exempt.

James said despite a shortfall of more than $1 billion at the Insurance Corporation of British Columbia and the high cost of fighting last year's wildfires, the budget is forecast to have a surplus of $219 million for 2018-19.

Economic growth is forecast at 2.3 per cent this year, and the jobless rate of 5.1 per cent last year was the lowest in Canada.

"The budget is balanced in its approach and it's fiscally balanced," James said. "It makes a historic investment to take care of children. It takes bold steps to tackle the housing crisis."

Green Leader Andrew Weaver said his caucus will support the budget, although he thought the measures on housing could have gone farther. He previously called for an outright ban on foreign property ownership.

Weaver said he was pleased NDP election promises to bring in $10-a-day child care and a $400 annual renters rebate were absent from the budget. He dismissed them as "slogans."

"Somebody who's earning $2 million a year clearly doesn't need to pay $10 for child care," he said. 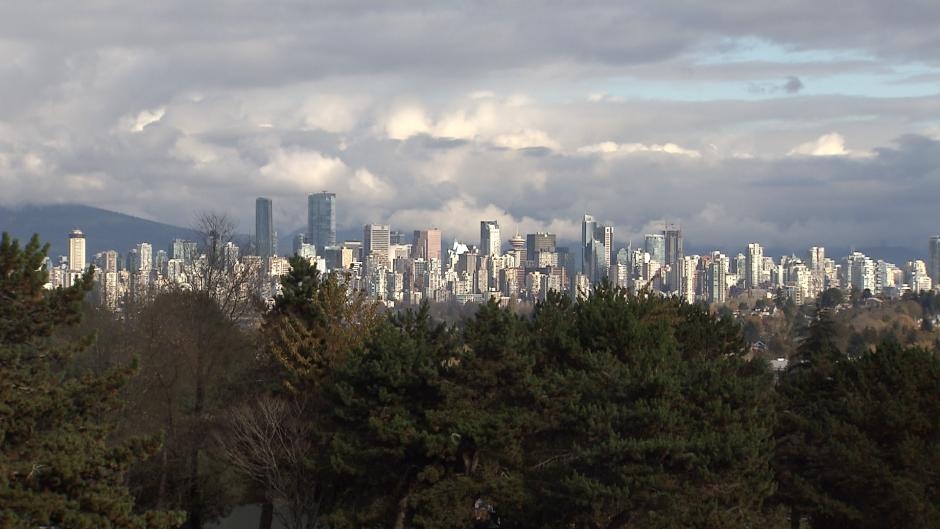 What's the most likely outcome from B.C.’s new housing measures?