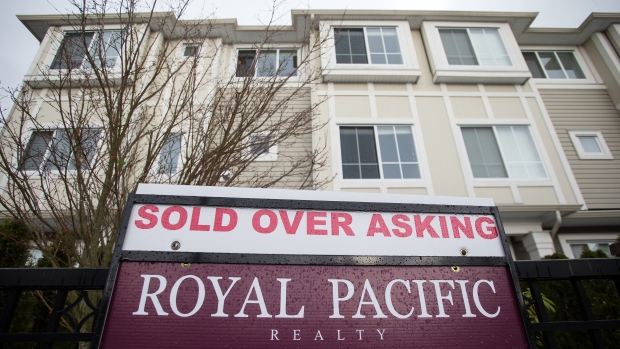 A real estate sign reading "Sold Over Asking" stands on display outside a townhouse in Richmond, British Columbia, on Sunday, Dec. 11, 2016. , Ben Nelms/Bloomberg

VICTORIA -- British Columbia Attorney General David Eby says terms of reference are being discussed as the province moves ahead with the second phase of its battle against money laundering.

Part two will focus on monetary transactions linked to the housing market and Eby says he is working with Finance Minister Carole James to identify issues.

German says an examination of money laundering within the real estate industry must tackle problems linked to development and mortgages, as well as the sale of commercial and residential properties.

He predicts the second phase will be a "larger beast to tackle," because he says real estate drives the economy in B.C., while gaming has had less of an overall impact.

German will also author the second report but says his investigation has just begun and there's no word on a timeline for completion.

Those include appointment of an independent regulator overseeing the casino industry and creation of a specialized, around-the-clock police force to battle money laundering.

German found at least $100 million has been laundered through casinos but admits the total could be much higher, although without a forensic audit, he can't provide an estimate.

Eby said last week that casino money laundering was linked to the opioid crisis and could also be connected to real estate.