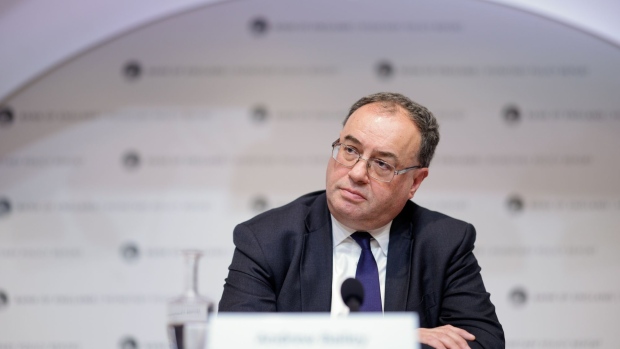 He didn’t rule out boosting the benchmark lending rate by 50 basis points at the next meeting, saying the decision still is a month away.

“There will be circumstances in which we will have to do more,” Bailey said at a panel discussion in Portugal hosted by the European Central Bank. “We’re not there yet in terms of next meeting. But that’s on the table. But you shouldn’t assume it’s the only thing on the table.”

He balanced those by noting that “we are at something of a turning point” on the pace of growth in the economy.

“Turning points are the hardest to read,” Bailey said. “When I look at the UK economy it is very clear that it is starting to slow. Markets are having to take that on board, and that the data can be quite choppy.

He noted that financial markets are pricing in upside risks for interest rate increases.