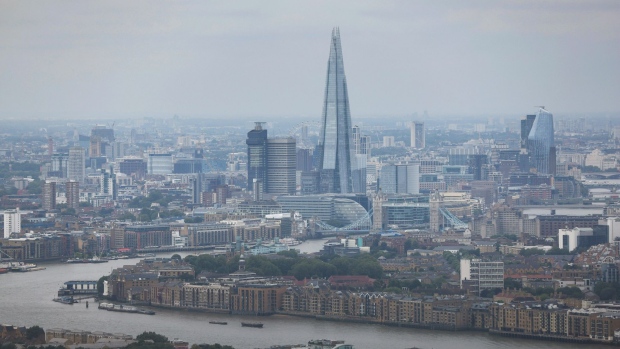 Speaking during an online banking panel, Bailey said that while central banks don’t have the tools to counter supply disruptions, officials need to act to prevent higher inflation expectations from becoming more entrenched.

The remarks were the latest attempt by Bailey and some of his colleagues to lay the ground for an increase in U.K. borrowing costs to curb inflation, which the central bank expects to breach 4% this year, more than double its target.

Traders are betting that the BOE will start raising rates in the final months of 2021, and will take its benchmark to 1% by the end of 2022 from the current record-low of 0.1%. The MPC will hold two more policy meetings before the end of the year.

Michael Saunders, widely seen as the most hawkish member of the Monetary Policy Committee, this month appeared to reinforce signals of an imminent hike.

Bailey said Sunday that he still believes the current bout of inflation to be temporary. Yet he said that “the energy story, particularly, means it will last longer,” raising concerns that higher inflation expectations could become more entrenched.

“Monetary policy cannot solve supply-side problems, but it will have to act and must do so if we see a risk, particularly to medium-term inflation and medium-term expectations,” he said.