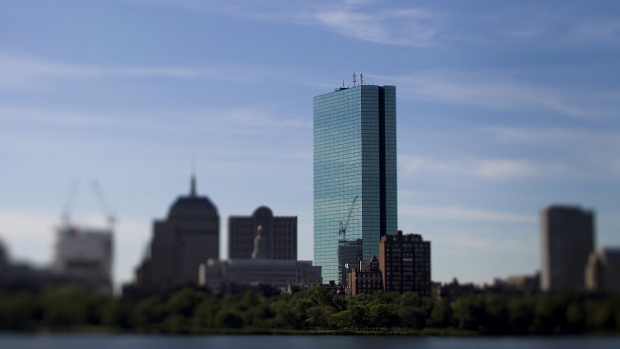 (Bloomberg) -- Bain Capital has made a final pitch to members of British insurer LV= to back its takeover bid, after a lengthy sale process that’s drawn a dozen offers as well as political heat about preserving mutual firms.

The deal will bring investment in LV=’s growth, including an upgrade to technology infrastructure, executives from Bain and LV=, formerly known as Liverpool Victoria, told the mutual’s members on Monday. “We are committed to the long term growth and success of LV=,” Matt Popoli, managing director at Bain, told the online meeting. “Our goals are to increase policyholders from the current level of approximately 1.2 million to over 2 million,” he said.

At least 75% of members who vote on Dec. 10 need to approve the deal for it to pass. The firm has struggled to attract new members willing to participate in the risks of running the business, known as with-profits members, whose numbers are down more than 40% since 2017, according to executives.

The board of LV= has lent its support to the private equity giant’s package, which will hand 616 million pounds ($822 million) to members, including the proceeds from an earlier sale of the general insurance division. LV=’s capital position, business operations and brand will be secured under the deal, which was the best of 12 offers made for the firm, LV= said in a statement on Nov. 22.

LV=’s board acknowledges that it could have handled its search for new owners better. “I regret that at the very start of this process we weren’t clearer as a board what significant change was needed to ensure a viable future,” Chief Executive Officer Mark Hartigan told Bloomberg last week. “We have got to do what is in the best interests of investors and we can’t go on with a sub-scale capital,” he said. “We had to go out and get third party capital.”

The sale has led to fresh questions about the purpose of mutuals, a member-owned business model that’s dwindled in the U.K. as finance businesses turn to the public markets and private equity for fresh capital. LV=, which has been owned by its customers since 1843, has said the Europe-wide Solvency II rules as well as the Brexit vote in 2016 “worsened materially” its capital position and made its funding needs even more pressing.

Mutuals have shrunk to around 10% of the insurance sector from more than 50% in 1996, Martin Shaw, head of the Association of Financial Mutuals, said in an interview. In the U.S., around 40% of insurance assets are held by mutuals.

“The fact it is so easy to demutualize an insurance company is one of the reasons there is a lot of heat now and a keen desire to protect what’s left,” said Shaw, who appeared at a parliamentary committee last week on mutuals and the LV= deal.

Gareth Thomas, a U.K. lawmaker who heads the All-Party Parliamentary Group for Mutuals, told parliament in September the LV= deal will be the first major demutualization since the 2008 financial crisis. Thomas, who opposes the sale, said at the time “it was very difficult for an individual member of LV= to be able to assess whether the proposed demutualization was in their interests, given the scarcity of information with which they had been provided.”

Bain’s not the only bidder circling LV=. Private equity group Cinven and insurer Phoenix Group Holdings Plc were among firms to make offers, Bloomberg reported in 2020. LV=’s other most active suitor has been Royal London, a rival insurer whose bid was championed by opponents of private equity as a white knight that would preserve its mutual status.

Royal London -- and some supporters of the mutual cause -- are still keen to present a competing offer. The Daily Mail newspaper, which has been running a campaign against private equity firms buying U.K. businesses, printed a cut out and post letter for readers opposed to the Bain deal to send to LV= Chairman Alan Cook.

For now, the U.K. government won’t stand in Bain’s way. John Glen, Economic Secretary to the Treasury, told parliament in September it was for the regulators and courts to approve any sale of LV=.