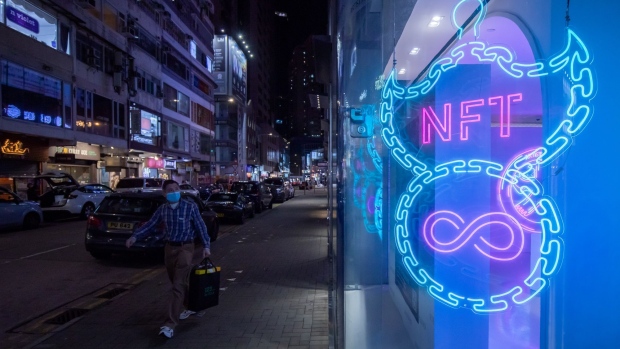 (Bloomberg) -- The Justice Department announced criminal charges against a person involved in promoting “Baller Ape Club” non-fungible tokens and five other people involved in crypto fraud schemes that together raised more than a $130 million from investors.

Le Anh Tuan was accused of conspiring to steal $2.6 million from investors in the largest NFT scheme ever charged, the department said in a Thursday statement. Tuan was allegedly part of the Baller Ape Club, which purported to sell NFTs in the form of various cartoon figures. Shortly after the first NFTs were publicly sold, Tuan and other unnamed conspirators engaged in a so-called “rug pull,” shutting down the project and disappearing with investors’ money.

Lawyers for Tuan, Pires, Goncalves and Nicholas could not immediately be identified.

Two other cases were also announced against a fraudulent investment fund that traded on cryptocurrency exchanges and a fake initial coin offering.

“The Department of Justice and our partners are dedicated to using every available tool to protect consumers and investors from fraud and manipulation,” Kenneth Polite, head of the department’s criminal division, said in a statement. “These indictments reflect our deep commitment to prosecuting individuals involved in cryptocurrency fraud and market manipulation.