Inflationary pressures should not be an impediment to invest in the market: Charles Schwab's Kleintop

The recent synchronized selloff in U.S. equities and Treasuries was likely just the beginning of what’s to come for the popular 60/40 stock-bond portfolio strategy, a growing chorus of Wall Street strategists warn.

Bank of America Corp. called it “the end to 60/40” while Goldman Sachs Group Inc. said losses from such portfolios could swell to 10 per cent. Similar alarms also rang at Deutsche Bank AG, where strategists including Jim Reid said a shift in the stock-bond relationship may force money managers to adjust their thinking.

Underpinning all these warnings is an economy that’s now facing mounting inflationary pressures after spending years warding off the threat of deflation. During the last two decades, subdued growth boosted the allure of the 60/40 strategy, one that’s built on a negative stock/bond correlation where one serves as buffers for the other. 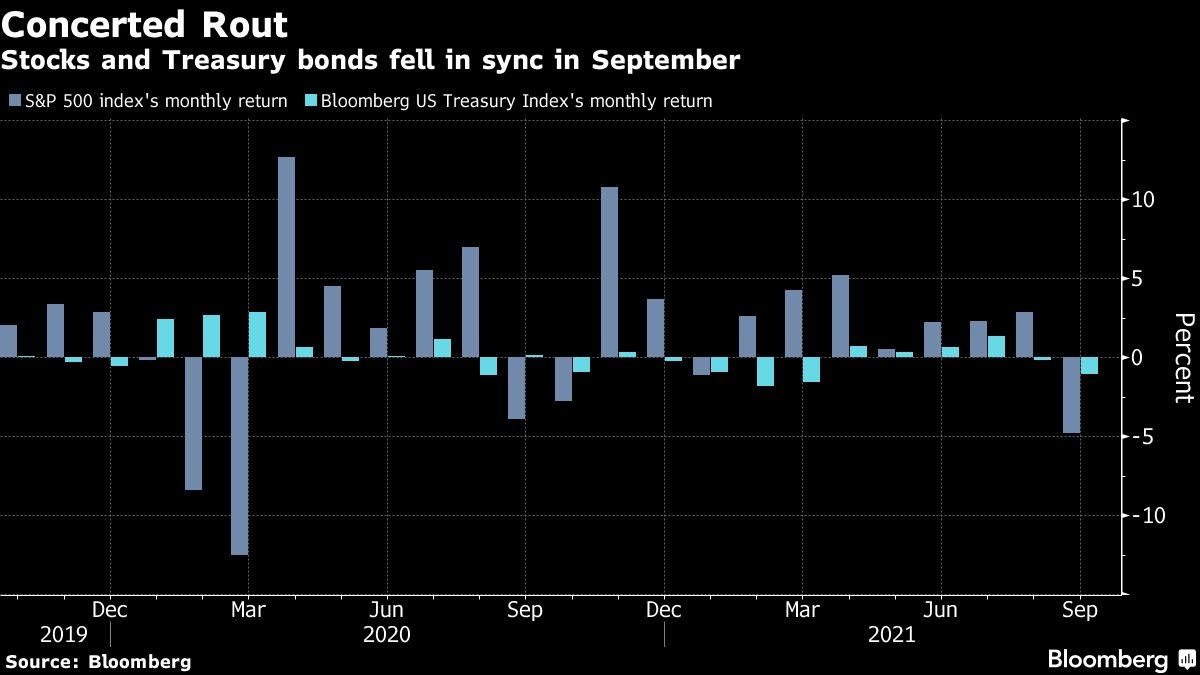 Now, with inflation fears raging, the worry is the Federal Reserve will seek to slow down the economy and rising rates will spell trouble for both bonds and stocks. September offered a taste of the pain, with a Bloomberg model tracking a portfolio of 60 per cent stocks and 40 per cent fixed-income securities suffering the worst monthly drop since the pandemic started in early 2020.

“Obviously for this relationship to reverse we need to be in a sustainably higher inflation era,” Reid wrote in a client note. “There is every chance we are in one and if so a lot of the relationships that have prevailed in the average person’s investment career could change.”

The stakes are high. A sustained shift in the bond-stock relationship would unsettle trillions of dollars that are managed at risk parity funds, balanced mutual funds, and pension funds that follow the framework of 60/40 asset allocation.

To be sure, the death of “60/40” has been pronounced before, only to be proved wrong or at least premature. Bloomberg’s model has climbed all but one year since the 2008 global financial crisis. Despite the recent market turmoil, it’s also up 9 per cent.

At Goldman Sachs, strategists including Christian Mueller-Glissmann said the growing dominance of technology shares means the S&P 500 has become a much-longer duration asset where the present value of future earnings is more sensitive to moves in interest rates. That means, rates volatility would spill over to equities, leading to a larger risk contribution from bonds to balanced portfolios.

By Goldman’s calculation, a measure of 60/40 portfolios has dropped 4 per cent in the past month. Only five times since 2000 has the gauge suffered a drawdown of 10 per cent over a month, including the last one that occurred during the COVID outbreak. 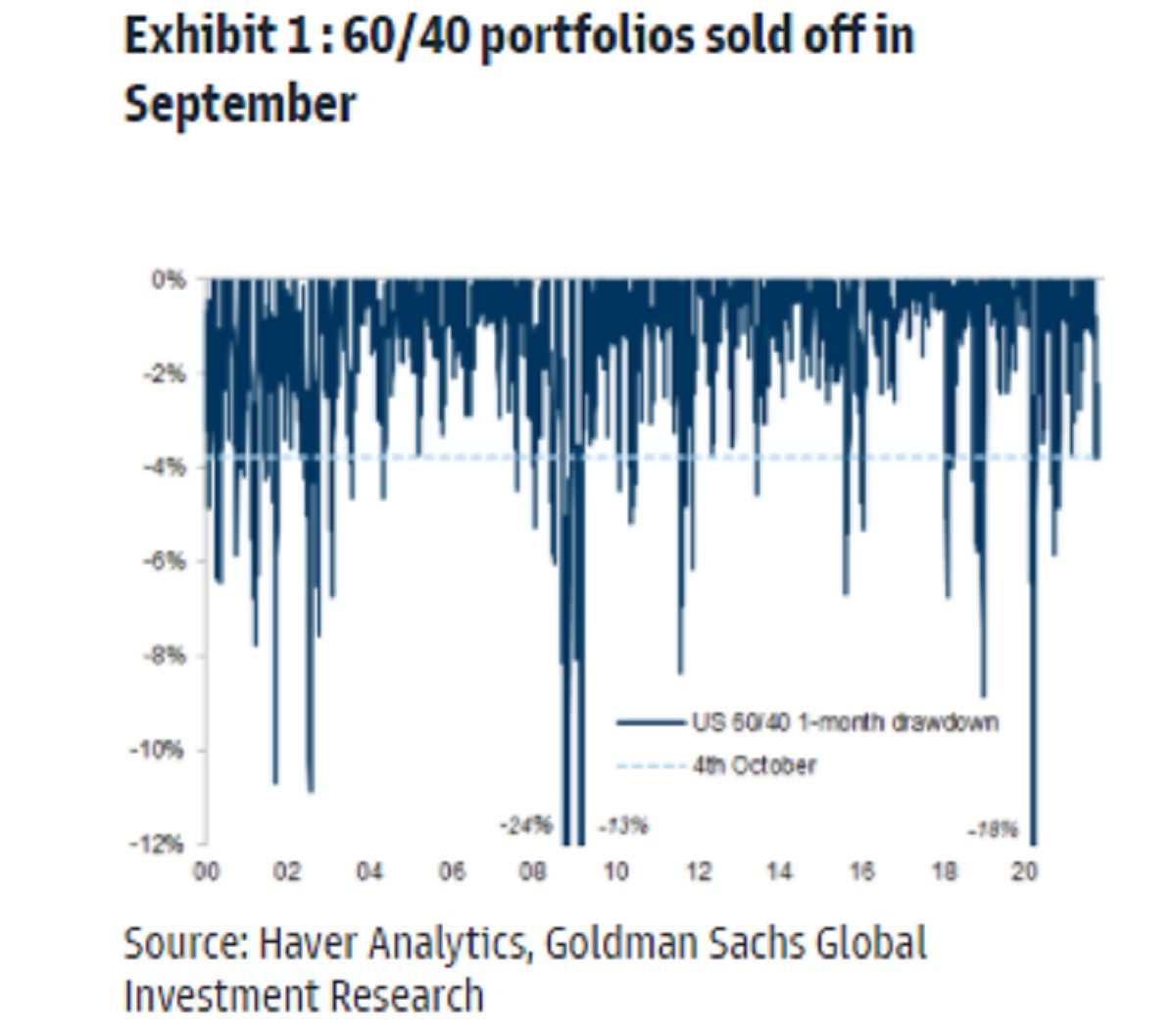 The Goldman team advised investors to consider using options to hedge protection against potential losses. One recommended trade is to sell calls on the S&P 500 to buy puts on the iShares 20+ Year Treasury Bond ETF (ticker TLT) as a way to reduce the elevated duration and rate-shock risk embedded in those balanced portfolios.

Over at BofA, strategists including Jared Woodard touted two trades in anticipation of a secular rise in interest rates. One favors fixed income that is valued on credit risk, such as high-yield corporate bonds and floating-rate loans, over those with high rate risk such as Treasuries. The second avoids mature equity leaders such as tech megacaps and buys new-economy innovators that can benefit most from automation and capital spending to blunt the effects of inflation.

“For the longer term, even if a major ‘rates shock’ is unlikely, asset allocators may want to consider two big changes for a gradual trend higher in inflation and interest rates,” Woodard wrote in a client note. “For a steady rise in inflation, ‘buy tech, not just tech’ as higher wages spur more capex and productivity in other sectors.”