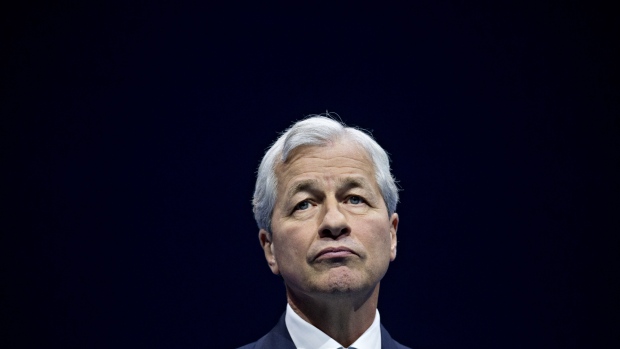 The chief executives of some of the U.S.’s biggest banks should get ready for hostility as they’re about to serve as political-theater targets at a House committee hearing on Wednesday, analysts say.

Here’s a sample of what some analysts are saying:

“We expect Democrats to go on attack, questioning big bank profits, executive compensation, regulatory relief and tax benefits,” Seiberg wrote in a note. Issues on tap will include why the biggest banks need any regulatory relief, as they’ve earned US$780 billion over the last 10 years, with JPMorgan possibly in focus as the hearing memorandum shows the bank earned US$215 billion over 10 years, he said.

“Do you cage children?” may be a topic as Representative Alexandria Ocasio-Cortez had previously grilled Wells Fargo’s then-CEO Tim Sloan on the subject of for-profit prisons. Issues like financing for fossil fuels, gun manufacturers and other businesses lawmakers may find objectionable may also arise.

“This all matters,” Seiberg said, “because it is a preview of the 2020 election and what could happen if a Democrat wins.” He added that the U.S. is “still populist” ten years after the crisis; how the hearing plays on social media may show “whether big bank bashing is a winning strategy.”

Boltansky expects “riveting political theater,” flagging capitalism, and “economic inequality and social policy” as among topics likely to be addressed. He added that gun financing and private prisons may be issues to watch too.

Boltansky in a note sees the specter of Wells Fargo & Co.’s scandals as “present in the hearing room,” even though that bank won’t be participating after Sloan stepped down. And he expects questions on “Citigroup’s Fair Housing Act violation and Goldman’s Malaysian misadventure,” while Senator Elizabeth Warren’s “Corporate Executive Accountability Act” may come up.

Bank CEOs may try to focus on how much safer the financial system is today than it was before the crisis, and on how the largest banks are “engines of economic growth.” Broad conceptual questions, like whether capitalism is working for everyone, “could be quicksand for some corporate executives.”

Mayo is keeping a “watchful eye on political and regulatory risk,” and will closely follow the CEO testimony. “The hearing has the potential to shape the narrative” for legislation, he said in a note, and offers “a justified look back after such a terrible financial crisis.”

Possible topics include: Lending; buybacks; whether banks are too big to fail/manage; regulation on issues like safety and soundness and protecting the Dodd-Frank Act, and compensation, for both executives and employees.

“Goldman Sachs’s involvement in the 1MBD scandal will probably be the focus of numerous questions as will issues like potential changes to the Volcker rule and CEO pay,” Gardner wrote in a note.

“The main thing for investors to keep in mind is that the hearing is likely to generate negative headlines for the sector but it is unlikely to result in policy changes.” He sees current policy as “a tailwind for banks,” and as likely to hold steady at least through the 2020 elections.

The largest U.S. banks, including Bank of America, JPMorgan, Citigroup, Morgan Stanley and Goldman Sachs, likely won’t see increasing momentum in Congress on new restrictions or legislation after CEOs testify to the House Financial Services Committee on April 10. State Street and Bank of New York will also attend. Democrats will try to score political points, and we expect questions related to retail and consumer banking, past behavior and executive pay. Unless an answer is deemed inadequate, little should result from the hearing.-- Nathan Dean, Senior Government AnalystClick here to read the research.