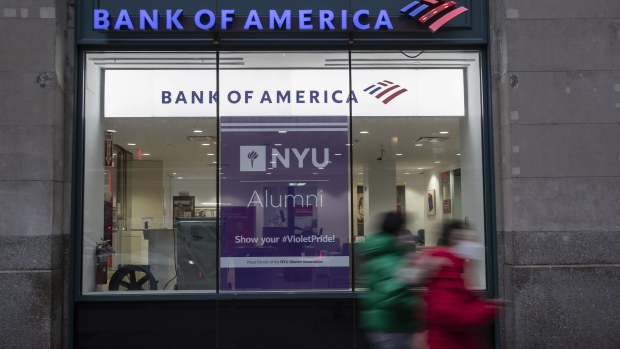 Banerjee rejoins Bank of America as a managing director to cover the semiconductor sector, according to a memo to employees Thursday from Sam Powers, Ric Spencer and Johnny Williams, who lead the firm’s global technology investment-banking operations. Nisargand joins as a director, working with the technology coverage team to help drive the bank’s global enterprise business.

Both Banerjee and Nisargand will be based in Palo Alto, California, according to the memo, which was confirmed by a Bank of America spokesperson.

The hires comes amid a boom in dealmaking for Bank of America, which reported a 55% surge in advisory fees in the fourth quarter as a combination of cheap financing for buyers and attractive valuations for sellers spurred a wave of takeovers. That’s led to senior investment bankers being in high demand.

Banerjee started his career at Bank of America in 2005 as an investment-banking analyst. He has almost two decades of experience covering the semiconductor space, with a focus on startups, data centers and cloud technologies. He was most recently senior coverage officer for semiconductor technology clients in North America; Europe, the Middle East and Africa; and the Asia-Pacific region at Citigroup Inc., according to the memo.

Nisargand joins from Credit Suisse Group AG, where he was most recently a member of the technology investment-banking group focused on enterprise software and infrastructure coverage. He also served eight years in the U.S. Army Reserve.