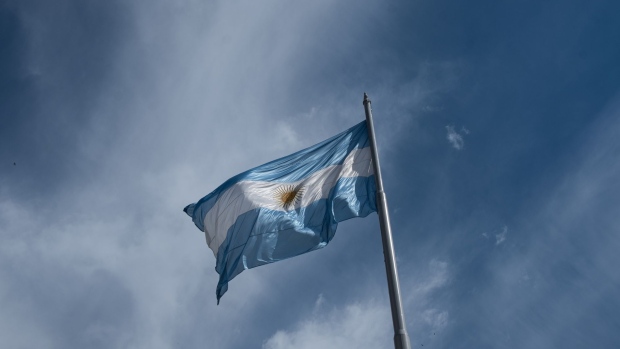 The pitch would appeal not just to investors but also the government and International Monetary Fund, analysts Jane Brauer, Lucas Martin and Sebastian Rondeau wrote in a note. For Argentina, it could make financing needs more manageable and reduce debt-to-GDP to 60% in the next decade.

“For the restructuring to be mutually beneficial to its three stakeholders, it must offer each stakeholder benefits in exchange for acceptable compromises,” they wrote. “A simple solution could also result in a faster resolution given the complex collective action clauses.”

Argentina is working to renegotiate a mountain of debt owed to bondholders before a self-imposed March deadline. Economy Minister Martin Guzman earlier this week warned of a deep debt restructuring that will probably frustrate investors.

New pars bonds could be offered at the face value of current debt without a reduction in principal for bondholders, while the others could be offered at a discount and come with a 20% haircut, the analysts said. Both of them would have a coupon rate of 4% with a grace period. Discount bonds would amortize starting in 2027 and reach final maturity in 2036. Pars debt, meantime, would amortize starting in 2033 and mature in 2042.

More debt relief from bondholders would positive if it brings IMF support, and may not hurt recovery values because of the positive impact on exit yields and the smaller risk of a hard default or other crisis, the analysts said. The deal could result in exchange values between the mid-$40s to low-$50s per $100 of principal claim, given exit yields of 9-10%, they wrote.

To contact the reporter on this story: Sydney Maki in New York at smaki8@bloomberg.net