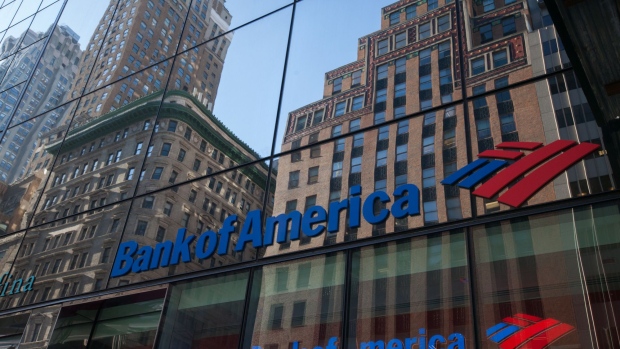 (Bloomberg) -- Bank of America Corp. said overdraft-service fees plummeted 90% after it took steps to ease off on the charges, which have been under fire from lawmakers.

The decline from a year earlier came in June and July, the first two months after the second-largest US bank implemented sweeping changes related to overdraft services for its more than 35 million consumer checking accounts, according to a statement Wednesday. The Charlotte, North Carolina-based lender eliminated non-sufficient funds fees and reduced overdraft charges to $10 from $35.

“It’s a pretty dramatic shift for our clients, which is what we intended to do,” Holly O’Neill, president of retail banking, said in an interview.

BofA in January announced it would cut back on the fees it charges customers for failing to have enough money in their accounts to cover checks and debit-card charges. Lawmakers and consumer activists have criticized the fees, with Democratic Senator Elizabeth Warren saying they “snatch billions from struggling families” and that “big banks raked in billions from this abusive practice” during the Covid-19 pandemic.

Firms including Capital One Financial Corp. and Ally Financial Inc. have responded, in some cases, by cutting overdraft fees entirely. Citigroup Inc. became the first major US bank to eliminate the charges, and said it will count payments it receives from person-to-person services like Venmo and Cash App as direct deposits that allow customers to avoid monthly fees on checking accounts.

Bank of America and rival Wells Fargo & Co. didn’t completely eliminate overdraft fees, but took some steps to alleviate the impact on consumers. BofA got rid of the transfer fee associated with its Balance Connect for overdraft protection service and cut its overdraft fees. The lender considered removing overdraft charges completely, but ultimately opted for a reduced fee, O’Neill said.

“We were striking a balance by continuing to provide the service at a relatively low cost,” she said.

Consumer-client overdraft fees accounted for less than 0.4% of the company’s total revenue in the second quarter, BofA said. “It’s not core to how we make money,” O’Neill said, adding that it’s “not a free service because we do take losses on clients who overdraft.”

BofA expects consumer overdraft fees to fall 97% next year from their 2009 level due to the programs and changes the bank has put in place over the past decade.

Across the banking industry, revenue from overdraft fees has fallen after a period of steady growth before the pandemic. In 2020, the amount plunged as consumers cut back on spending while stuck at home because of Covid-19 and banks offered waivers on the fees for customers hurt by the pandemic.

Bank of America is considering additional ways of curtailing the charges, O’Neill said.

“We continue to look at ways to drive that forward,” she said, “and it’s possible we will see more changes as we continue to evolve.”