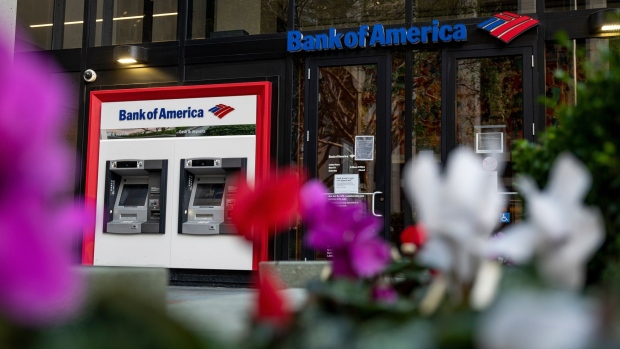 (Bloomberg) -- Bank of America Corp. is increasing its minimum hourly wage to $22, taking another step toward a goal of paying $25 by 2025, as employers beef up compensation and benefits in a tight labor market.

The move, announced Monday, bumps pay up from $21, a level the firm had enacted last year within its planned schedule. A $22 wage translates to a full-time annualized salary of $45,000. It continues a series of hikes lifting the firm’s base pay from $15 in 2017.

“We continue to invest in our teammates and their priorities through competitive pay,” in addition to benefits and inclusion efforts “so that we continue to attract and retain the best talent,” Sheri Bronstein, who oversees human resources at the Charlotte, North Carolina-based lender, said in a statement.

Read More: BofA Bumps Its Minimum Wage Again on the Way to $25 an Hour

Companies across the board have been raising wages and offering other perks to attract and retain talent in a tight labor market, marked by a record number of open positions and historically low unemployment. Pay increases aren’t keeping up with decades-high inflation for many Americans, increasing financial stress for a third of households, according to a U.S. Census Bureau survey.

Last year Bank of America required its U.S. vendors to pay their workers dedicated to the bank at least $15 per hour.