'We are living through history': Manulife's Donald on Bank of Canada rate cut

The Bank of Canada cut half a percentage point from its benchmark interest rate Wednesday, easing monetary policy for the first time in more than four years as it followed the Federal Reserve in trying to protect its economy from the coronavirus.

The central bank lowered its overnight rate to 1.25 per cent from 1.75 per cent and said the spread of the coronavirus represents a “material negative shock” to the Canadian and global outlooks. Officials said they’ll act again to reduce rates if necessary.

“Governing council stands ready to adjust monetary policy further if required to support economic growth and keep inflation on target,” policy makers said in a statement, adding the move is part of a global response to the crisis. 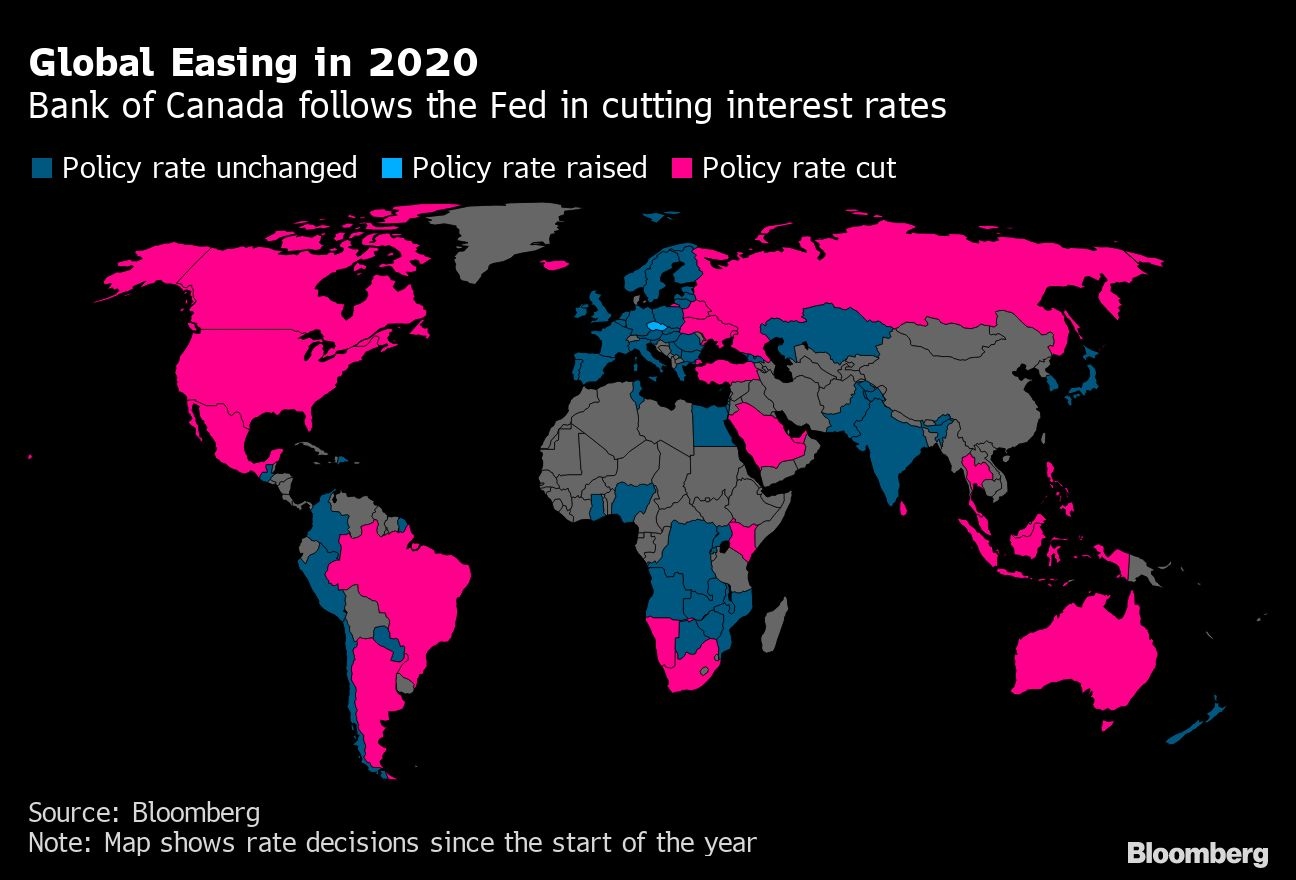 The cut marks a reversal for Governor Stephen Poloz, whose prolonged resistance to lowering borrowing costs left the country with the highest policy rate among advanced economies. His position became increasingly untenable with the rout in global equities on concern the spread of the coronavirus could touch off a worldwide slowdown.

Policy makers were quick to highlight why a 50-basis-point cut, the first since the 2008-2009 recession, was necessary, saying “the outlook is clearly weaker now than it was in January.” Poloz is due to speak Thursday in Toronto to provide insight into the decision. The bank’s next meeting is April 15.

The virus has driven economic activity down sharply in some regions, disrupted supply chains, pulled down commodity prices and prompted a repricing of risk that has tightened financial conditions, policy makers said, warning the situation could worsen.

“It is likely that as the virus spreads, business and consumer confidence will deteriorate, further depressing activity,” they said. 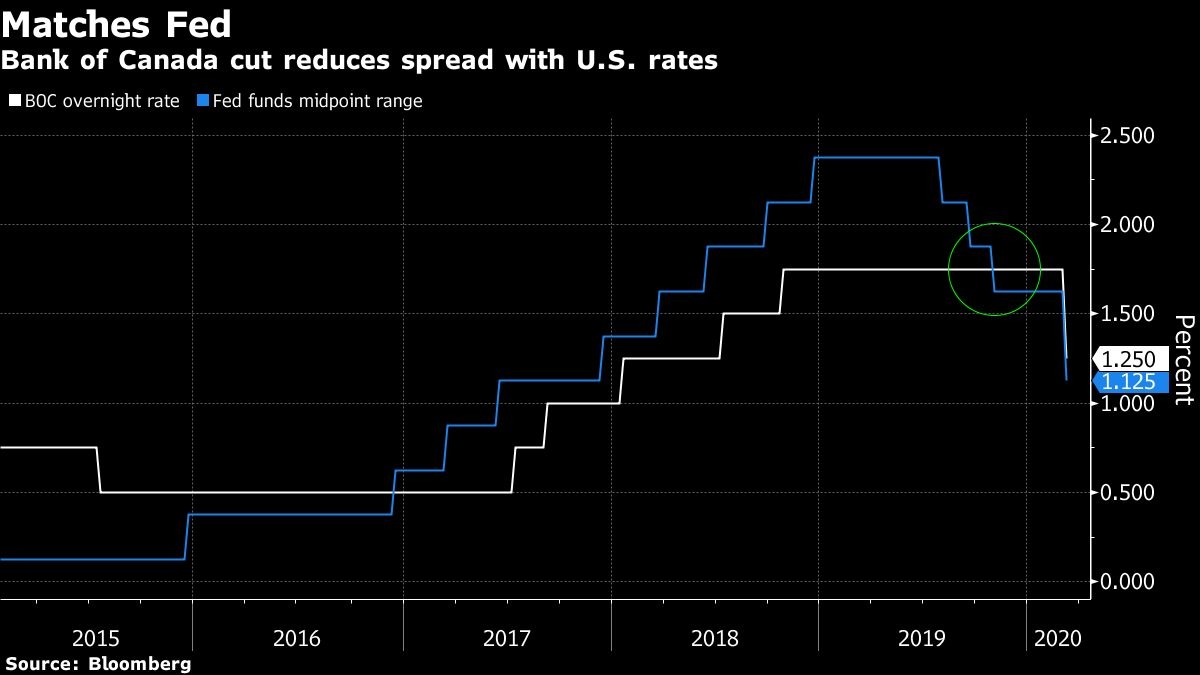 The move is part of an anticipated wave of easing from central banks around the world, and follows the Fed’s emergency decision on Tuesday to cut its benchmark rate by half a percentage point.
Today’s cut still leaves the Bank of Canada with the highest policy rate among Group of Seven countries, and 12.5 basis points above the Fed’s rate.

The shift was expected. In trading Tuesday, markets assigned better than even odds Poloz would match the half-point of the Fed. That’s an abrupt change from last week when odds of even a 25-basis-point cut sat at just 30 per cent. 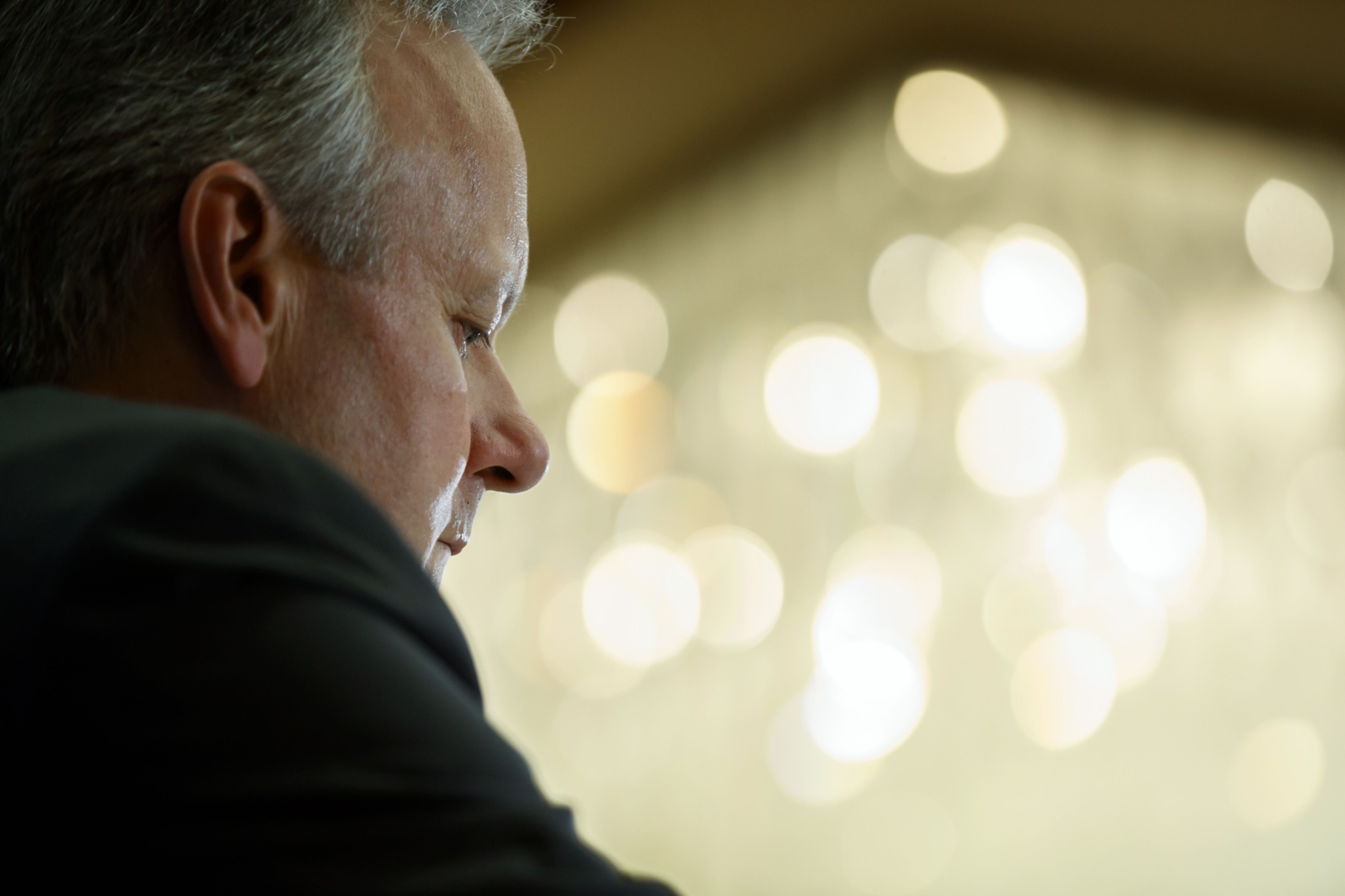 Do you support the Bank of Canada’s interest rate decision?

Of 32 economists surveyed by Bloomberg, 30 predicted at least a 25-basis-point reduction, and half of those called for the full 50 points.

“COVID-19 was the icing on the cake for the Bank of Canada to cut,” Derek Holt, chief economist at Bank of Nova Scotia, said by email before the announcement. “It solidified the pre-existing case to give a weak economy a shot in the arm.” Holt shifted his call to 1.25% on Tuesday.

Policy makers had already shifted to a dovish stance in January due to deteriorating economic data, and the rapidly accumulating risks over the past week finally tilted them into action.

The easier monetary policy should boost the disposable incomes of millions with variable rate mortgages. Still, with some of the highest household debt levels among developed countries, it risks adding to financial system vulnerabilities as consumption and housing accelerates.

Wednesday’s statement provided no mention of the increased financial risks to debt associated with the bout of monetary easing.