The Bank of Canada took another aggressive step in its hiking cycle, raising its policy interest rate by 50 basis points for a second straight time and warning that it may act “more forcefully” if needed to tackle inflation.

Wednesday’s decision, which brings the benchmark overnight rate to 1.5 per cent, was delivered in a hawkish statement that aired worries about price pressures intensifying and becoming entrenched at elevated levels.

While the 50-basis-point hike was expected, the language will fuel speculation that policy makers led by Governor Tiff Macklem are considering a faster pace of tightening. Yields on Canadian government bonds jumped higher on the decision, with two-year notes trading at 2.8 per cent -- near the highest since 2008.

The central bank “is prepared to act more forcefully if needed to meet its commitment to achieve the 2 per cent inflation target,” the Bank of Canada said in the statement. “The risk of elevated inflation becoming entrenched has risen,” officials said, adding they would use their tools to return inflation to target and keep expectations “well-anchored.”

Markets were already pricing in another half-point increase at the July 13 meeting, but bets shot up for a fourth consecutive 50 basis point increase in September and the terminal rate breaking past the 3 per cent threshold.

“Though we think the BoC is still likely to stick with a 50-bp cadence at the July meeting, the statement raises the likelihood that our expectation for a downshift to 25-bp hikes later this summer will be delayed.”

Some analysts think a 75 basis point increase is also a possibility, even though the central bank up until now has downplayed the idea.

“More forcefully to me could well mean faster than 50,” Derek Holt, head of capital markets economics at Bank of Nova Scotia, said by email. “That may also be why they deleted ‘timing’ from the last sentence to only say the ‘pace’ is the question.”

There’s little ambiguity about the key messaging and main points of the bank’s actions. The statement highlighted how inflation is well above target and could go higher before easing, with price pressures broadening. Officials also said the economy is “clearly” operating with excess demand while growth is poised to remain heated. 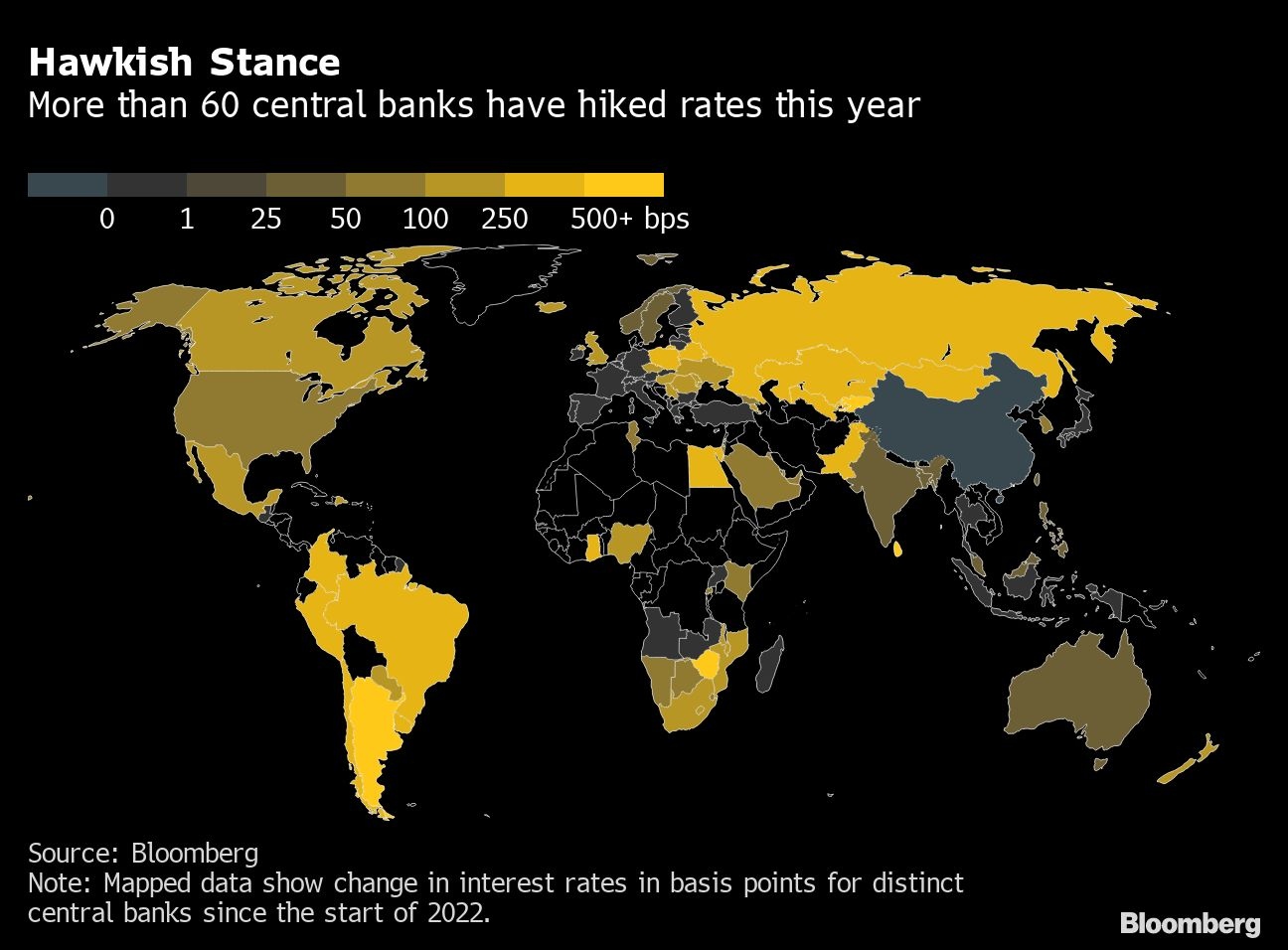 Policy makers conceded that inflation is rising faster than their April forecasts and “will likely move even higher in the near term before beginning to ease.”

Even with Wednesday’s increase, interest rates remain stimulative. The central bank estimates that its policy rate needs to rise to between 2 to 3 per cent in order for borrowing costs to no longer be inflationary. But its new hawkish comments could fuel a debate whether the central bank may need to increase rates beyond the neutral range and actively slow economic growth in order to contain three-decade-high inflation.

The bank also expressed little worry about any sharp correction in the housing market, which could be considered hawkish. Officials said the housing market is “moderating” but only from “exceptionally” elevated levels of activity, while noting that consumer spending remains robust.

Wednesday’s decision didn’t come with new quarterly forecasts. Deputy Governor Paul Beaudry, however, will give a speech and hold a news conference Thursday to provide more insight into the bank’s thinking.