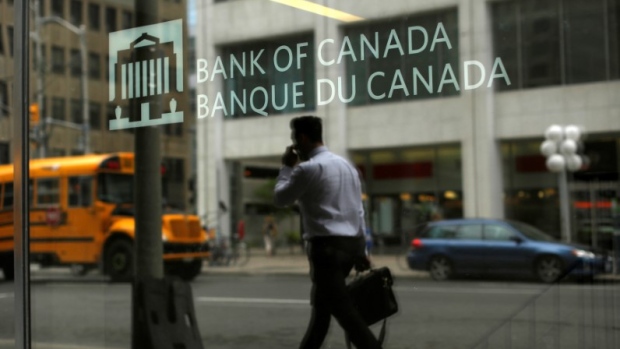 A man is reflected in a window while walking past the Bank of Canada office in Ottawa , Reuters

The Bank of Canada is open to doing more financial technology experiments like the one it is currently conducting on a blockchain-based payment system, Senior Deputy Governor Carolyn Wilkins said on Tuesday.

Speaking at a conference on financial technology innovation, Wilkins said regulators are wrestling with how to craft policy that will harness the benefits of innovation while also protecting and managing the potential risks to the financial system and consumers.

The central bank is currently working on "Project Jasper", a blockchain experiment launched last year as a joint initiative between the central bank, Payments Canada and R3, a consortium of the world's largest financial institutions, including Canada's biggest banks.

"Project Jasper (is) something new for the Bank of Canada and it is one of the most productive experiments that we've had," Wilkins said. "We're certainly open to doing more of that."

One place to start is focusing on the incentives that drive corporate decisions, where those risks need to be managed through regulation and where the private sector can be left alone, Wilkins said.

Regulators must also look at how to coordinate across Canada and globally, said Wilkins, though she acknowledged different regulators may have different risk tolerances.

"Certainly we know if risk tolerance is zero, there's going to be no benefits to innovation."

Wilkins said in an article published earlier this month that the blockchain experiment, which will run until later this spring, had shown how the technology would have to improve in order to surpass the Large Value Transfer System that is currently used in Canada for electronic wire transfers of large sums of money.

Used to underpin digital currencies like bitcoin, blockchain is a distributed record of data or transactions, maintained by a network of computers without the need for approval from a central authority.