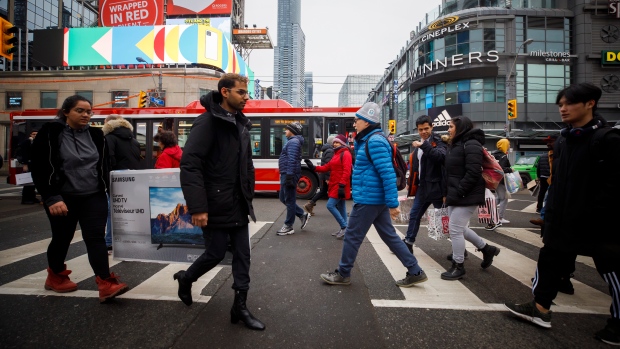 A more dovish than expected tone from Bank of Canada Governor Stephen Poloz is intensifying focus on incoming economic data, with Friday’s retail sales numbers now in the crosshairs.

Lacklustre consumer spending is one of the main reasons the central bank abruptly changed messaging at an interest-rate decision Wednesday, as officials expressed concern that a sharp economic slowdown in the fourth quarter may persist. A disappointing retail sales result would fuel speculation that Poloz, after holding rates steady for more than a year, is now preparing to cut.

“Retail sales takes on even more importance tomorrow given the concern about a slowdown in consumption,” Ian Pollick, head of North American rates strategy at Canadian Imperial Bank of Commerce, said in a note to investors. Pollick raised his odds of a Bank of Canada rate cut by April to 75 per cent, from 50 per cent before the meeting. 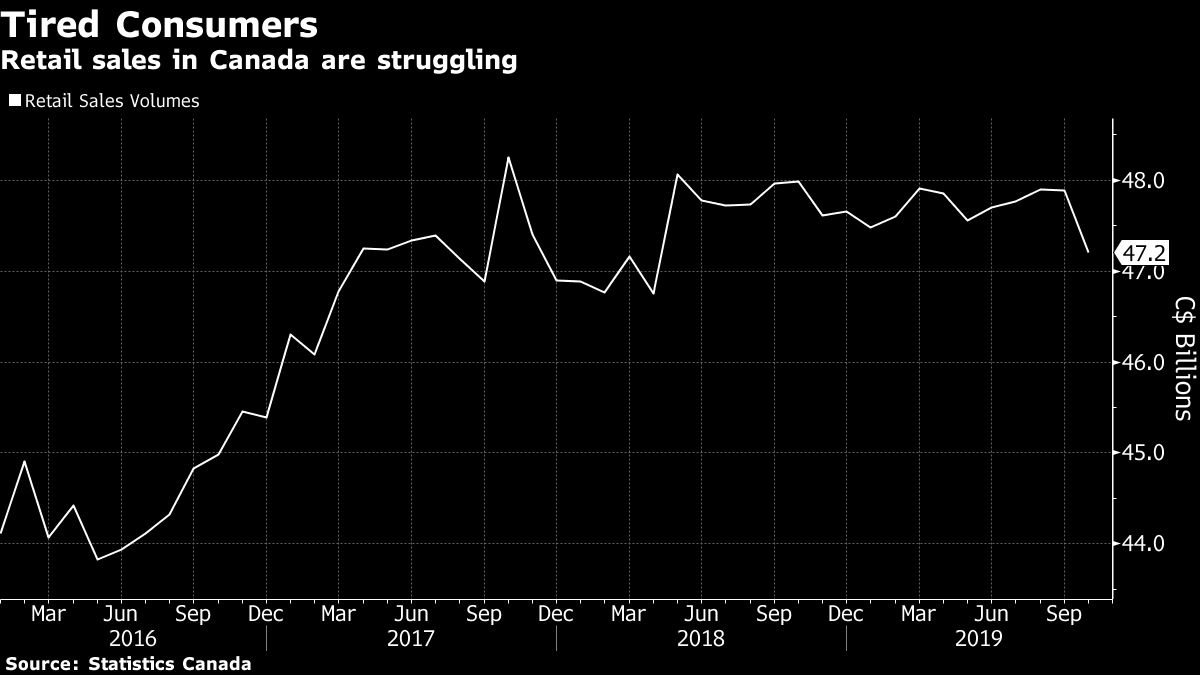 A sluggish retail sector — seen as the main leading indicator for overall consumer spending in the economy — has been at the centre of those worries. Receipts, which have been stagnant for almost two years, unexpectedly fell the most in a year in October on broad-based weakness. Volumes pulled back 1.4 per cent, the biggest decline in nearly two years. While economists expect receipts to rebound 0.6 per cent in November, that’s unlikely to be enough to salvage what is turning out to be one of the weakest quarters for sales growth in the past decade.

While there is debate about how well retail sales data is capturing overall spending as consumers buy more online, the sector’s woes represent the most visible symptom of Canada’s strained households, which are showing signs of fatigue as high debt burdens take their toll.

Household consumption, which accounts for about 56 per cent of gross domestic product, has been growing at the slowest pace outside recession since at least the early 1960s. Other potential growth drivers such as capital investment and exports have disappointed for years. Which is why Poloz highlighted the softening on Wednesday.

The Bank of Canada “continues to espouse this two-speed economy, where you have consumption versus this eventual transition to investment and exports,” Pollick said by phone. “But if they’re getting concerned that you’ve got a persistent slowdown in consumption, then that two-speed economy turns into a no-speed economy.”

Statistics Canada is due to release November retail sales at 8:30 a.m. in Ottawa.